Regulate social media use, don’t ban it – WANEP to Police 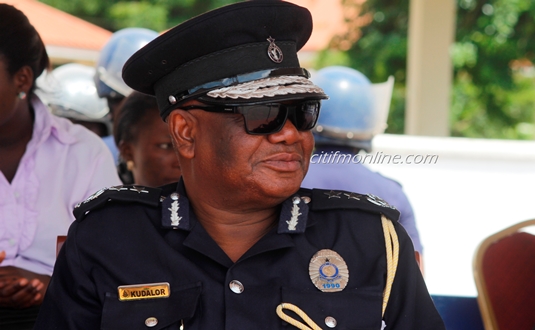 The West Africa Network for Peacebuilding (WANEP), has called on the police service to scrap any plans it has to shut down social media on Election Day.

According to WANEP, the police would be better served focusing on monitoring social media platforms to identify persons who might compromise security efforts ahead of the elections

“I think the police should focus on how they can regulate the content on social media. If someone could go on social media and announce a fake result during the election as against what the EC which is saddled with the responsibility to announce the results will announce. It could be a recipe for violence. If the EC announces a different result, what you’re saying is that your party has been cheated. So the police can say that if you go on social media and announce that has not been vetted and authenticated by the EC, you’ll be traced and arrested,” he added.

The Inspector General of Police (IGP), had earlier announced that his outfit was considering shutting down social media services in the country on December 7, to counter the activities of people who could .

Although the police have since clarified that a social media blackout on election day is only a consideration, it said will only be a last resort.

He stated that social media was only a reflection of what goes on in the society and that shutting it down won’t stop people from thinking or acting the way they do.

“Social media is an expression of people within a society. So it is simply a vehicle through which people express themselves. So in other words, if you shut down the social media, those expressions will still take place,” he added.

Social Media ban not a solution

Mr. Bombande, when he took his turn at the ministerial vetting, admitted that social media has its downsides, with several users engaging in “irresponsible” activities on the platform.

However, he believes that the police would be better served focusing on the benefits that could be accrued from the use of social media services in the country.

“I would not advise that we shut down social media but that does not mean in my advise that I do not recognize the potential danger it presents. I’m looking more at the potential benefits. What we need to do is to establish the mechanism that makes the use of social media a tool of more responsibility, that’s on all of us rather than shut it down,” he said