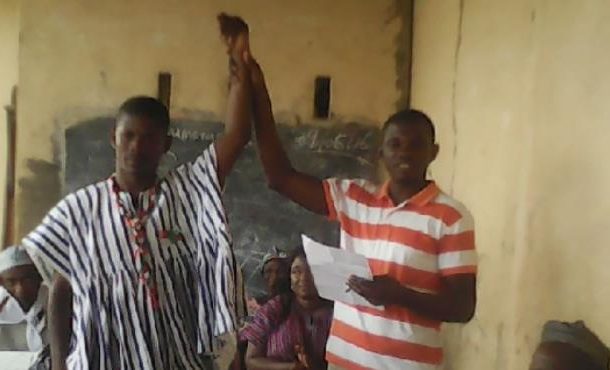 He argued that the two parties are only exploiting Ghanaians and plunging the country into total mess resulting in high cost of living.

He said the governing NDC has woefully failed to deliver the better Ghana agenda it promised Ghanaians, but has rather worsened the plight of citizens.

Mr. Bukari said this in Winkogo after he was confirmed as the parliamentary candidate to contest the 2016 parliamentary elections by the Director of the Electoral Commission in Talensi, Mustapha Jonas.

He said both the NDC and the NPP have instead enriched themselves at the detriment of the country. “The NDC and NPP are the cause of the problems Ghanaians are going through today. The high cost of living, high utility tariffs, high school fees, high taxes, high unemployment rate among others are due to a so called IMF conditionality. What crime have Ghanaians committed against these two parties to deserve the kind of leadership they either gave us or are giving us.  The NDC and NPP have failed us and now is time for Ghanaians to believe in self government and that the policies of the CPP under Greenstreet will make Ghana work again.”

Mr. Bukari said the people of Talensi deserve better than what has been given them considering the mining resources, tourist sites, vast lands and other socio-economic potentials.

He added that, a CPP government will regularize illegal mining to create jobs for Ghanaians including the youth in Talensi. This will help contribute to the country’s GDP since most of the gold monies will be retained in Ghana.

Mr. Bukari pledged to establish community development fund in all communities in the constituency through ‘Susu’ contributions  when elected, to support the education of needy but brilliant students.

He said more dams for irrigation are needed to support farmers to increase productivity, adding that, more resources will be directed at training more community volunteers in the health sector to cater for the health needs of constituents as a way of complementing the efforts of the Ghana Health Service.

Mr. Bakuri impressed on the constituents to vote massively to elect him as Member of Parliament to bring the needed development to Talensi.

He urged the constituents to reject the goodies both the NDC and the NPP parliamentary candidates will bring to them as an inducement for their votes since both of them have failed them.