Resolve your issues or risk not qualifying for the World Cup; Uganda coach warns Ghana's sports minister and FA 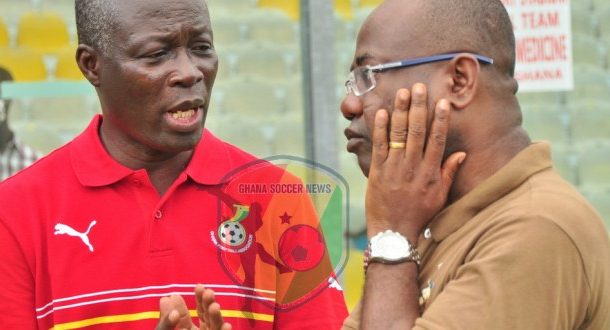 The head coach of the Cranes of Uganda and an ambassador of Africa Football Milutin Micho Sredejovic has cautioned the Ghana Football Association and Sports Minister Hon. Nii Lante Vanderpuye to put a stop to the ongoing feud between them or risk not qualifying for the 2018 World Cup in Russia.

Speaking to Ghanasoccernet, the coach who is well versed in African football with over 20 years working experience in the continent blamed the two stakeholders of football in the country for creating the divisions in the media and football fans which has in turn led to a further decline in support for the already unpopular Black Stars team.

"Ghana have qualified thrice for the World Cup not because it was an accident but because they have worked hard for it in high spirit of togetherness.

The long-serving African football coach and scout expressed his disappointment at the level that the problem has been allowed to reach in the first place stating that it could be solved amicably over a table.

"The feud between the Minister of Sports and the Ghana Football Association is a great disappointment to me to have travelled to this level. I do not believe that there can ever be a problem that can't be solved with both parties sitting together for the way forward,"

He pointed out football as a national treasure for Ghana urging Ghanaians to handle the game like a diamond.

The Serbian trainer also pleaded with all involved in the bicker to put a stop to it and ensure that Ghana qualifies for World Cup in Russia.

"As a concerned follower of African football and admirer of Ghana football, I plead with Ghanaians to please stop this fight by amicably settling the feud as their qualification is in danger."

Ghana's Sports Minister Hon. Nii Lante Vanderpuye and the Ghana Football Association led by Mr. Kwesi Nyantakyi have been going at each other in a series of over-the-air lambasting and rebuttals for sometime now with the media and Ghanaian football lovers divided between support for the minister and the FA.