Results for the 'try me' campaign will be out next month 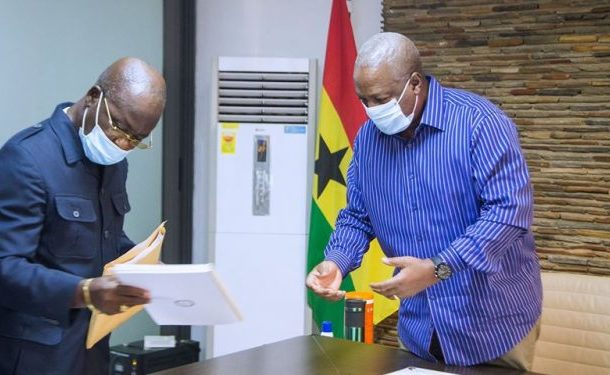 A month from now, we will be congratulating ourselves for a job well done, and the assessment for the man who said we should try him would have seen his smoothness level .

The job well done wouldn't be the victory we have achieved, but our ability to have survived Nana's 4 years of tyranny and destruction of people's jobs. Hmmm !!! It is well with my soul.

I watched with sadness when the doors of Montie FM and Radio Gold were being locked, signifying the end of operation because a tyrant has won power.

I asked my self how will workers survive ? School fees etc ? But God always have a way. He will cut short the burden of his people. 8 years is impossible under this administration

How could a government settle scores with the power it has, especially when not even a single job has been created in your first year !!!

The second year couldn't offer any hope when they turned their guns mercilessly on small scale miners. The people they had promised to retool , saw their excavators being burnt and their operators gunned down . Many towns became ghost towns. Chop bars and eating places closed down and even pure water suppliers had to look elsewhere for survival. Another industry destroyed with ease.

It's sad when people sit on the fence whilst others suffer , such people always say it's them not me . This was the attitude of many , untill Nana's destruction got to them .

Unfortunately Nana Addo doesn't have mercy for anyone, when the 'plug sparks' . Nana one plug !!!

The banks had their share in the third year. It was a worrying scene when the Uber driver who picked me on a day, happened to be my relationship manager at a previous bank .

Another business that the Nana Addo administration is determined to collapse in his final year is the second hand car dealers .

How can a person seeking the people's mandate for a second term, be this wicked . Then God forbid, in his second term when he doesn't need anyone's vote , he will personally drag us to slaughter houses.

Unfortunately, this is how bad the " try me " campaign has brought us.

Congratulations everyone
We survived tyranny
We survived brutalities
We survived senseless killings
And we will survive the voting day Insha Allah !!!

We are almost there, let's finish hard. I can assure you of better days ahead .