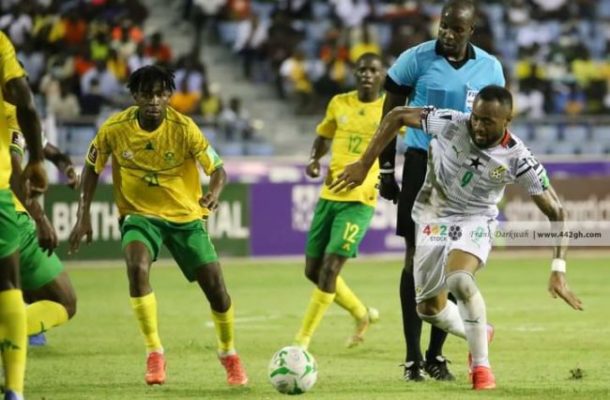 Retired Ghanaian referee Francis Osei Nsiah has leapt to the defence of Senegalese referee Maguette Ndiaye who has born the brunt of most people in South Africa after their 1-0 loss to Ghana in the 2022 World Cup qualifier match at the Cape Coast Stadium.

The referee has rated referee Maguette Ndiaye 7 out of 10 for his impeccable handling of the World Cup qualifier between Ghana and the Bafana Bafana.

“The most important thing here is that there was a contact. So once that has been established by evidence of the video we have all seen. For me I think Maguette Ndiaye’s decision was spot on and I will score him 7/10 in the game,” Osei Nsiah told Kumasi-based station Hello FM.

The South Africa Football Association (SAFA) has been crying foul after the match against Ghana.

FIFA has since confirmed receiving a petition from South Africa and it will be heard on 23rd November,2021.