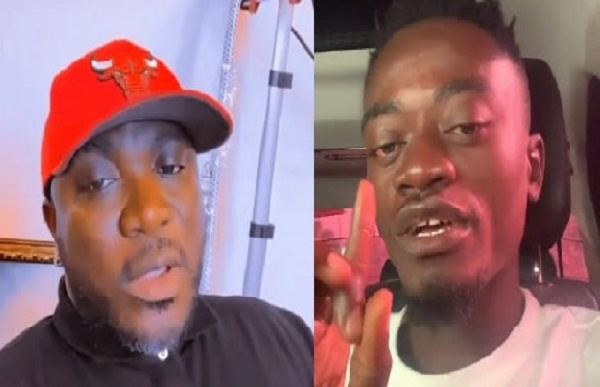 Nhyiraba Kojo made this shocking revelation during an interview with Fiifi Pratt on Accra-based Kingdom Plus 101.9FM.

According to him, Kwadwo Nkansah 'Lil Win' is disrespectful hence he must return the money he gave him or be ready to face his wrath.

“A lot of media houses, bloggers, fans and other top industries players left their homes just to celebrate Lil Win on his birthday," he revealed.

Nhyiraba Kojo also disclosed that the kind gesture he did for Kwadwo Nkansah Lilwin during the shoot of his TV series ‘Cocoa Season’ was another thing he thought could have made the actor look at and not disappoint him the manner he did.

He indicated Kwadwo Nkansah Lil Win has failed to apologize to him for not showing up at the birthday he organized for him.

He further sent a word of caution to Kojo Nkansah Lil Win to return the money he sent to him for flight reservation or else he will see the bad side oh him.