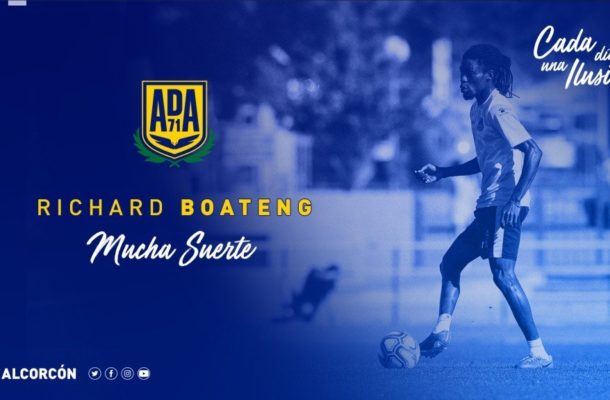 He penned a two-year contract completed his loan spell from Real Oviedo at the end of the season.

Boateng was a key member of the team last season, where he featured 12 times after joining the club in January.

"The Alcorcón Sports Association and Richard Boateng (10/07/1992) extend their relationship for the next two seasons. Thus, Richard joined the pottery family until 2021 after the end of the contract that united the Ghanaian midfielder with Real Oviedo," Alcoron confirmed the player's new deal in a statement on their website.

"Richard Boateng finished in the winter market last season as a loan from the combined carballón. In the half of course that was part of the rows potters, Richard disputed a total of 12 parties in which it added 815 minutes, all of them in LaLiga 123.

"Welcome Richard Boateng to your house!."