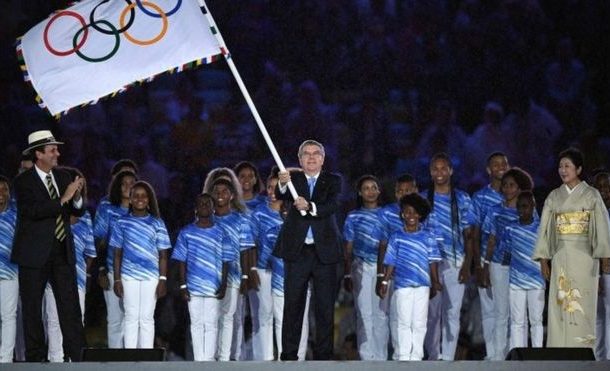 Brazilian police say they want to speak to International Olympic Committee (IOC) President Thomas Bach about an alleged scheme to resell tickets during last month's Rio Olympics.
The police say Mr Bach is being treated as a witness, not a suspect.

Officers have found e-mails from Mr Bach to another senior IOC official Patrick Hickey, who was arrested last month and is facing charges.

Police investigators in Rio told the BBC's Wyre Davies they would like to know what Mr Bach's influence was over Olympic ticketing policy.


They said the IOC president received personal requests for hundreds of high-value tickets, for the Olympics opening ceremony, the 100 metres final and the football final from Mr Hickey.

Police say that Mr Hickey received 296 tickets after his written request to the IOC president.

They have not, thus far, made any contact with the president's office to request a formal interview.

Mr Hickey was arrested during the Olympic games and spent time at the notorious Bangu high security jail along with fellow Irishman Kevin Mallon.

He was released on bail at the end of August but had to return his passport to the Brazilian authorities and was ordered not to leave the country.

A prosecutor laid charges against him on Tuesday. A judge will now decide whether to accept or reject the charges.

Mr Hickey, 71, has formally stood aside as president of the Olympic Council of Ireland and European Olympic Committees' president during the investigation.

Mr Mallon is the Dublin-based director of THG Sports, a corporate and sports hospitality company.

He said would remain in Germany for the funeral of his friend Walter Scheel, the former West German foreign minister and deputy chancellor, who died last month aged 97.

IOC officials said Mr Bach would now not travel to Brazil after the funeral because he was unable to reschedule other commitments.

The Paralympics run until 18 September.

The last time an IOC president failed to attend a Paralympics was in 2010, when Jacques Rogge missed the whole of the Winter Games in Vancouver.