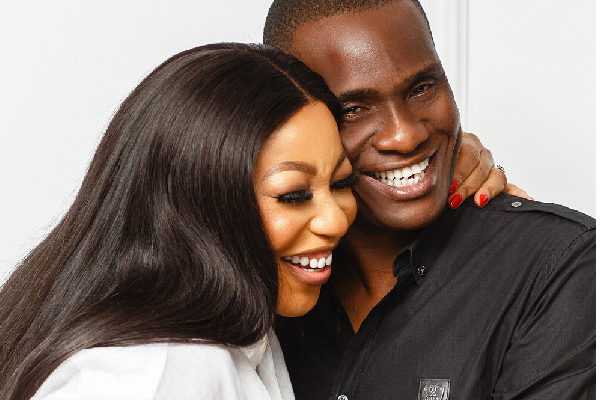 Nigerian actress, Rita Dominic, has made a post after speculations that she has given birth to twins in the United Kingdom with her husband, Fidelis Anosike, making some say it is a subtle way of debunking the reports.

Some websites in Ghana and Nigeria had reported that the actress had twin girls and was in good health.

A post shared on Twitter by the actress, Wednesday, captured ‘Fake News’ with an image of a man in the post in shock with his eyes wide open.

The rumour and her post come after the Nollywood actress, 46, walked down the aisle with her husband, Fidelis Anosike.

Social media posts were evident that indeed it was a grand ceremony with the official hashtag for the event, #reeldeel22 leading the trends on Twitter.

Several congratulatory messages poured in from across Social media.

While the couple continued receiving congratulatory messages from fans all over social media, colleague actors who were present to support the Nollywood star grabbed some attention with their exceptional outfits.