Ronaldo was butchered and battered at Man Utd - Neville 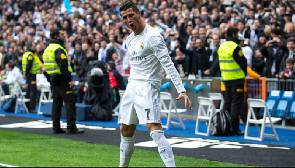 Cristiano Ronaldo was "butchered and battered" for three years at Manchester United before he began to break new ground, according to former team-mate Gary Neville.

The 31-year-old joined United from Sporting CP in 2003 and would develop into one of the best players in the game at the Premier League giants before leaving for Real Madrid in 2009.

However, Neville has made it clear the United players did not make things easy for the prolific attacker initially and feels that time has made Ronaldo into the player he is now.

"Cristiano was butchered and battered for two or three years at Manchester United and he has said it made him a man," Neville told talkSPORT.

"He didn't arrive at Manchester United as someone who was setting the tone for everybody else. It wasn't a case of he came in and all of a sudden everyone else upped their game, that's not how it was. He became that out of what was in that dressing room.

"He was setting the standards when he left and he became someone who would come in and do half an hour before training and an hour after training, but there had been 20 players per season for 15 years doing that every day.

"If you look at his performances in the first two or three years, his maturity, his decision making, his physicality, his petulance, they were all smoothed out over a period of three or four years at the club.

"For two years, 2007-08 and 2008-09, I cannot believe Manchester United fans could ever have seen anything like that. He was just out of this world, like he was from another planet."