RTX On! Fortnite gets real-time ray tracing support on PC 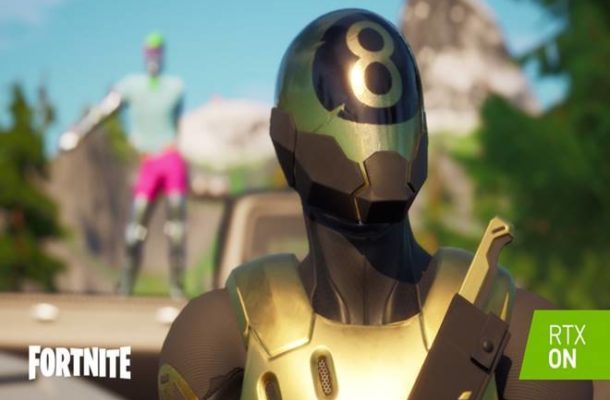 Epic Games and Nvidia have announced that Fortnite is getting RTX or real-time ray tracing, DLSS powered by AI, and more on PC. The announcement was made at the same virtual event by Nvidia founder and CEO Jensen Huang, who also unveiled the new GeForce RTX 30 series of GPUs. Gamers can experience all that ray tracing has to offer in all Fortnite modes, as well as a brand new innovative mode map called RTX Treasure Race. This map has been explicitly designed to illustrate ray tracing inside the game.
Fortnite is also one of the first Nvidia Reflex supporting games which measures and reduces device latency. Reflex enables gamers to increase responsiveness, enhance precision targeting, and refine their fighting system.

“Nvidia Reflex technology provides developers with new features in their games to reduce latency. With Fortnite running on the GeForce RTX 30 Series, we are seeing excellent responsiveness and player power” Nick Penwarden, vice president of engineering at Epic Games said in a statement.
Device latency is the time it takes for the movements of a player to appear on the display as pixels, which quantifies how the game feels. Nvidia Reflex low-latency mode automatically decreases device latency in GPU-bound scenarios by up to 42 per cent in games like Fortnite.
Nvidia and Epic Games have collaborated with top Fortnite creators on a new RTX Treasure Run map that highlights the addition of Fortnite’s new technologies. The map drops players at a museum entrance where they are challenged to a scavenger hunt that highlights various ray-traced results.
Players will explore a mirror space, medieval castle, and jungle along the way, climb a giant statue and explore a shrunken science lab to discover the most secrets in the shortest amount of time. RTX Treasure Run arrives shortly.
The new features are coming soon for PC players in Fortnite Chapter 2-Season 4 and making Fortnite a flagship title for next-generation gaming technologies.