Ruling on Afoko not an opportunity to jubilate – NPP 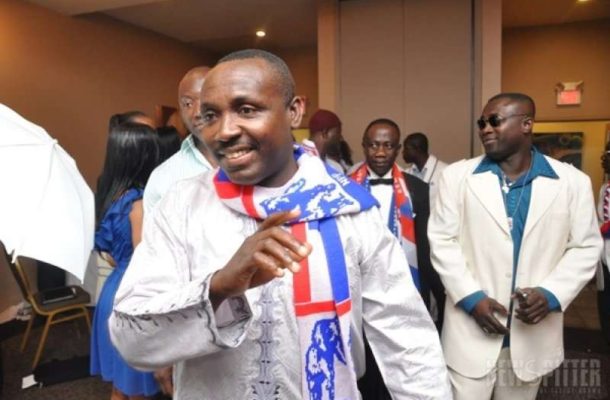 The opposition New Patriotic Party (NPP) has welcomed the ruling of the Court that upheld its suspension of the party’s National Chairman, Paul Afoko, as lawful, saying it gingers them to pursue their ‘change’ agenda.

The party however says the ruling is neither a defeat nor a win for both parties, and urged members not to necessarily jubilate, but to revitalize themselves and work hard to return the party to power in the December polls.

A Human Rights Court in Accra on Monday dismissed the suit filed by Paul Afoko challenging his suspension.

Mr. Afoko was suspended by the party’s National Executive Committee for misconduct. He subsequently filed a suit at the court, saying his suspension was illegal and a breach of the NPP constitution.

But delivering his judgment today [Monday], Justice Anthony Yeboah stated that Afoko’s lawyers failed to provide sufficient evidence to prove their case that the procedure used to suspend Mr Afoko was unlawful and unfair.

The party in a statement signed by acting General Secretary, John Boadu said “To our members, let us see the decision of the Court not as an opportunity to jubilate, but rather as another reason to renew our faith in our cause and our commitment to getting all hands on deck. The overwhelming majority of Ghanaians are looking up to us and we will not let them down."

Below is the full statement

The New Patriotic Party (NPP) has taken keen note of the decision of the High Court in the case filed by Mr. Paul Afoko against his suspension as National Chairman of the party.

The High Court has held that the decision taken by the party was proper and in accordance with the Party’s Constitution and the rule of law. This reaffirms the truism that the NPP is built and governed on the principles of rule of law and equality before the law. No member is above the Constitution of the Party. We are proud of these credentials. There are, however, no winners and losers in this case, as far as we are concerned.

It is about the unprecedented levels of unemployment, especially amongst the youth. It is about the high cost of corruption to the situation of bad roads, lack of access to decent health, sanitation, and education.

It is about how insensitive President Mahama has been to the plight of ordinary Ghanaians. Above all, it is also about the formidable leadership and alternative policies that Nana Akufo-Addo and the NPP have on offer to get the country working again for every Ghanaian, and not just a privileged few.

For us in the NPP, we are determined to rescue Ghana from the incompetence, corruption and insensitivity of President John Mahama and his NDC. We are united, disciplined, and focused on the 2016 campaign for CHANGE and equally confident of victory come December.
We are fortified by the strong, popular support being manifested towards our presidential candidate in his interactions with Ghanaians across the country.

To our members, let us see the decision of the Court not as an opportunity to jubilate, but rather as another reason to renew our faith in our cause and our commitment to getting all hands on deck. The overwhelming majority of Ghanaians are looking up to us and we will not let them down.