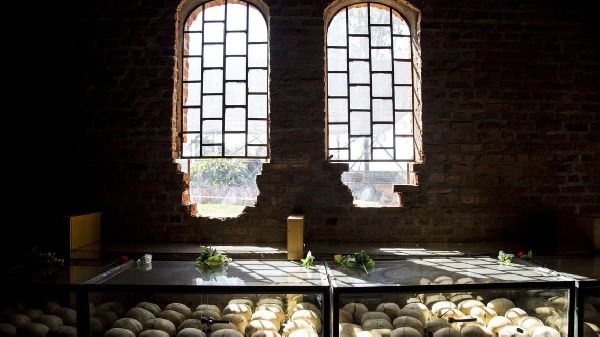 Rwanda has issued seven new indictments for genocide fugitives in 2020 as it endeavours to push governments across the world to arrest suspects on their soil.

The list of genocide suspects has now grown to 1,145, and is expected to grow year-on-year as investigations discover more suspects in the 1994 genocide against the Tutsi.

Tracing the fugitives has been “extremely difficult” because many of them have changed names or faked their death, prosecutors say.

“Some of the fugitives have paid for death announcements to be read on TV and radio so that their host countries stop pursuing them. Others have concealed their identity and live quiet and hidden lives,” Faustin Nkusi, Spokesperson of Rwanda Prosecution Authority, told The EastAfrican.

But the main frustration over the last two decades has come from a widespread lack of political will from various governments in countries where the fugitives are living.

While Rwanda has endeavoured to update the arrest warrants for the fugitives, they are often ignored by the countries where the genocide fugitives are hiding.

This has frustrated prosecutors who are hunting down these suspects, Mr Nkusi said.

“We keep on pushing and updating international arrest warrants and gather more evidence. We need to cooperate with governments across the world, but it is not happening at the pace that we want,” he said.

“We have no other option but to be patient. Genocide is a crime that does not expire, so we will continue to do our part and hope that justice will be served.”

The largest number of indictments – 408 – was issued for genocide suspects hiding in The Democratic Republic of Congo, having grown from 372 as of June 2019.

Kenya was issued with 35 indictments.

Indictments sent to France increased from 42 to 48 – which is the highest in Europe – followed by Belgium with 40 indictments, up from 39.

The USA was issued with 23 indictments, Netherlands 18, Canada 14 and UK with 5.

Only about 20 suspects have been deported or extradited for trial in Rwanda since The Genocide in 1994, and only 23 have been tried and convicted by their host countries, according to the Rwanda Prosecution Authority.

“This frustration has existed for a long time. The rate of extradition and conviction is not convincing that these governments are committed to finding these suspects,” Jean Damascene Ndabirora Kalinda, Commissioner of Justice at Ibuka, told The EastAfrican.

Ibuka is an umbrella organization for genocide survivors that is also involved in gathering testimonies and evidence against genocide suspects.

“In order to show that they are working, some European countries have conducted sham trials which have given the suspects very light punishments, disregarding the heinous crimes they committed,” Mr Kalinda said.

“All countries have an obligation to fight against genocide; this includes denying safe haven to suspects. This is unfortunately taken as lip service by many governments across the world.”

But there has been growing pressure from within Europe to up the ante against genocide fugitives.

On Monday, Stuart Polak, a member of the UK Parliament, urged his government to deport five genocide suspects living “freely” in his country and “receiving full benefits”.

In April last year, French President Emmanuel Macron ordered a probe and formed a commission to investigate his country’s role in the 1994 genocide against the Tutsi, where over a million people were killed.

In May last year, genocide mastermind suspect Felicien Kabuga was arrested in Paris where he was hiding under a false identity.