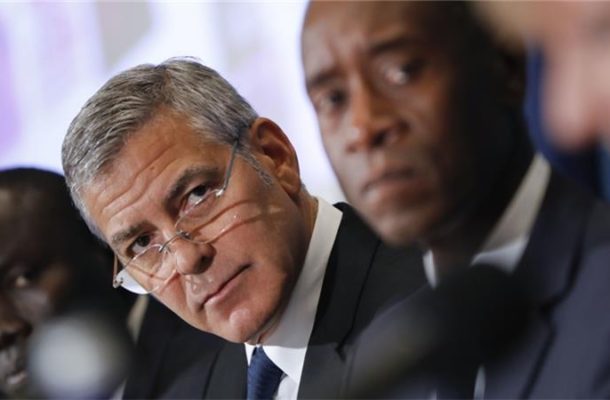 South Sudan's rival leaders have been accused of amassing wealth abroad amid a conflict in which tens of thousands have been killed, according to a US-based watchdog.

A new report, published on Monday by The Sentry group, said that President Salva Kiir, opposition leader Riek Machar and those close to them had looted the country in accumulating assets that included mansions and luxury cars abroad.

"The leaders of South Sudan's warring parties manipulate and exploit ethnic divisions in order to drum up support for a conflict that serves the interests only of the top leaders of these two kleptocratic networks," according to the two-year-long investigation, entitled "War Crimes Shouldn't Pay".

The Sentry said it had obtained images of the leaders' family members partying in five-star hotels, as well as documentation of their offshore properties and business deals.

"President Kiir officially earns about $60,000 per year. However, this investigation found evidence that President Kiir and his family have amassed a significant amount of wealth - far exceeding what he could have earned in his official capacity - and parked a sizable amount of assets outside South Sudan," the report concluded.

The Sentry also said that Machar, Kiir's rival and former vice president, and members of his family had engaged "in several questionable transactions and business ventures" and enjoy an "extremely comfortable lifestyle living outside the country".

The report also accused the system of international banks, businesses, arms brokers, real estate firms and lawyers of "knowingly or unknowingly facilitating the violent kleptocracy that South Sudan has become".

"The Sentry's investigation found instances of reliance on these types of institutions and actors on five different continents: Europe, North America, Africa, Asia, and Australia," it said.

Brian Adeba, one of the "War Crimes Shouldn't Pay" authors, told Al Jazeera that the report was based on "a lot of proof, including financial records and statements".

"Our intention is to find solution to the conflict," he said from Washington, DC.

"We are looking at new tools that we could leverage to change the calculations of the politicians behind the crisis in South Sudan at the moment."


South Sudan plunged into conflict soon after Kiir fired Machar from his post as vice president in 2013.

A peace deal reached a year ago under international pressure has been violated repeatedly by fighting, and Machar fled the country in recent weeks.

Hollywood actor George Clooney, who co-founded The Sentry with US human rights activist John Prendergast, and other collaborators presented the project's findings at a news conference in Washington, DC, on Monday.

"There are few people in the world who have suffered as much during the past half century as the South Sudanese who suffered three major wars and watched their leaders and international enablers profit from their misery," Don Cheadle, a US actor and co-founder of Not On Our Watch, which collaborated with The Sentry on the report, said at the news conference.