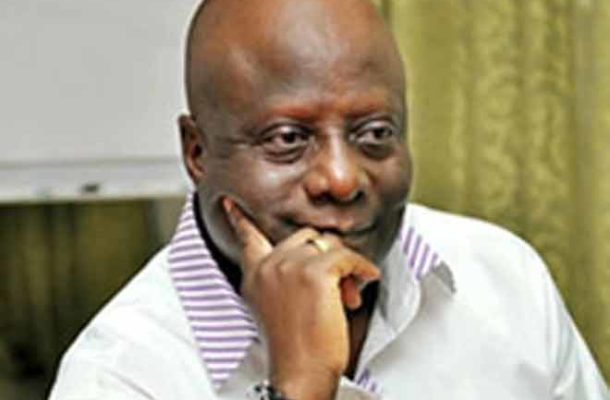 Ousted Chief Executive Officer of the Korle Bu Teaching Hospital, Dr Felix Anyah has made some startling revelation about the declining rate of the current health system in Ghana.

According to Dr. Anyah, the Ministry of Health is refusing to construct a new emergency centre which he believes will address the ‘no bed syndrome’ despite the fact that the funds were secured five years ago.

Speaking in a recent interview, Dr. Anyah revealed that the new emergency center would have been ten times the bed capacity of the existing emergency centre adding that it will improve on the acute shortage of beds in the largest referral hospital in the country.

His comments comes after the disturbing issue of ‘no bed syndrome’ which tragically took the life of a 70-year-old man after he was turned away by seven different hospitals in Accra for lack of beds.

Dr Anyah in an interview with Joy News revealed that all attempts to get the Ministry of Health to urgently release the money has failed while people lose their lives in avoidable deaths.

“…It’s sad that we’ve allowed certain things to happen which we shouldn’t have allowed, if somebody is ready with money to give us, few people are sitting on monies…I can show you documents that even the Ministry of Foreign Affairs has written. This letter says our attention is being drawn that the right to make withdrawals from the Kuwaiti Fund Loan expired on 30th December 2017. There’s money to build and accident and emergency unit, and what we have is no where near this. The Kuwaiti Fund, Saudi, Bardia they all come together and they’re all going to do this. For almost six years people are sitting down chopping into this money,” a worried Dr Anyah stated.

Dr Felix Anyah was one of the casualties of the widespread clearouts in the management of state institutions by President Akufo-Addo in a massive shakeup early this month.

A number of top officials of some state agencies including BOST, GEPA and GPHA were affected.

Dr. Anyah, who is the owner of Holy Trinity Medical Centre/Holy Trinity Spa & Health Farm was appointed in June 1, 2017.

He took over from Dr Samuel Asiamah who was the acting CEO of the hospital following the self-termination of service by Dr Gilbert Buckle.