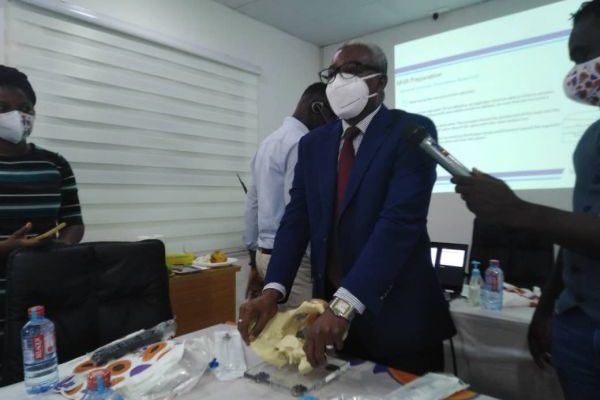 A non-profit organization aimed at promoting family planning, DKT International Ghana has held a roundtable discussion with some sections of the media to create awareness on ‘safe abortion’.

The campaign dubbed ‘Papaya training’ was in collaboration with DKT WomanCare to commemorate this year’s International Safe Abortion Day which falls on September 28, 2021.

Led by the Director of Medical Affairs at the Korle Bu Teaching Hospital, Dr. Ali Samba educates journalists on the use of Manual Vacuum Aspirators (MVA) in Ghana.

Vacuum or suction aspiration is a procedure that uses a vacuum source to remove an embryo or fetus through the cervix. The procedure is performed to induce abortion, as a treatment for incomplete miscarriage or retained pregnancy tissue, or to obtain a sample of the uterine lining.

According to Dr. Ali Samba, the majority of women are compelled to use unsafe methods to get rid of ‘unwanted’ pregnancies due to stigma.

This he said is “worrying” after urging women to seek professional advice in such circumstances.

“The Ghana Statistical Service has stated that almost 1 in 6 (15%) of women in reproductive age in Ghana have had an unsafe abortion (GSS, 2016), with almost 1/3 of women in rural areas who go through abortion using illegal and nonmedical methods (GMHS, 2017).” He said 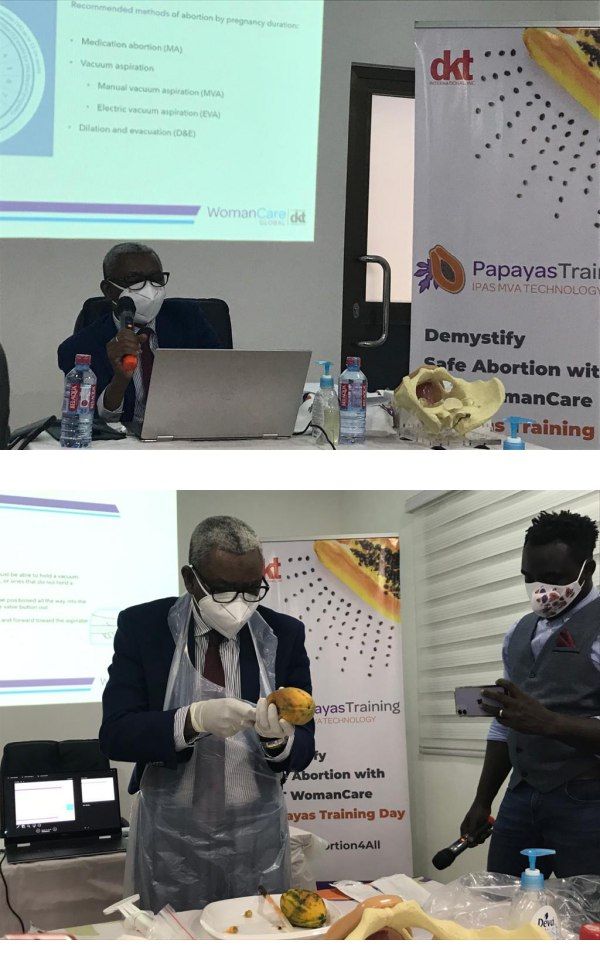 28 September is International Safe Abortion Day - The day was first celebrated as a day of action for the decriminalization of abortion in Latin America and the Caribbean in 1990 by the Campaña 28 Septiembre.

In 2011, the Women's Global Network for Reproductive Rights (WGNRR) declared 28 September as an international day. The date was chosen to commemorate the passing of the Law of Free Birth passed by the Brazilian parliament on September 28, 1871. This law was a key legal reform intended to provide freedom for the children of enslaved people in Brazil at the time.

In 2018, September 28 marked a mobilisation in Argentina against the cuts made to the Ministry of Health by the conservative government. These cuts had substantial impacts on women's welfare and access to abortions in the country.

In 2019, Malta held its first protest in favour of the legalisation of abortion; it was held on 28 September to commemorate International Safe Abortion Day.

What World Health Organization (WHO) says about the day

During the current pandemic, International Safe Abortion Day is a timely reminder that access to legal and safe abortion is fundamental to every person’s right to attain the highest standard of sexual and reproductive health.

Every year almost half of all pregnancies - 121 million - are unintended. This calls for the strengthening of contraceptive services and access to comprehensive abortion care. Since abortion services are time-bound by gestational and legal limits, women and adolescents seeking an abortion often resort to unsafe abortion when they cannot access safe abortion.

DKT International is a non-profit that promotes family planning (FP) and HIV/AIDS prevention through social marketing.