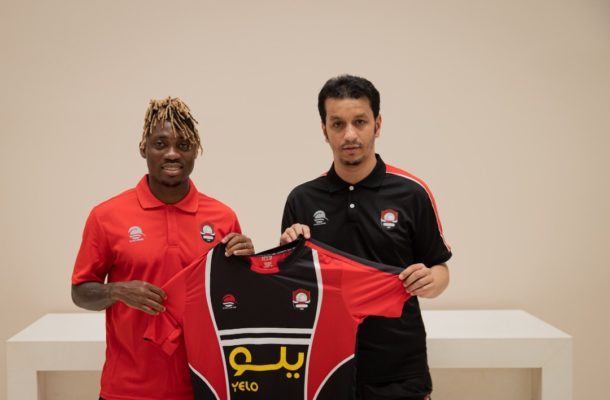 Ghanaian winger Christian Atsu Twasam joined Saudi Pro League side Al-Raed in the summer transfer window which was a surprise for many as there were lots of clubs in England, Scotland and Spain who were ready to take a punt on the player.

After four years at Newcastle, Atsu departed as a free agent, the Ghanaian winger joined the Saudi based side and has revealed that he talked with Ghanaian winger Samuel Owusu who has been playing in the Gulf country the last three years.

“My friend, Samuel Owusu, the Al-Fayha player, and we talked about the Saudi League, and he told me that it is good and is characterized by strength and enthusiasm.”

The 29 year old winger who is a free agent after leaving English Premier League side Newcastle at the end of the 2020/2021 season has signed a two year deal with his new side.

Atsu spent four seasons at the Tyneside club after joining from Chelsea and helping them to secure promotion to the Premier League in 2017.

The Ghanaian was deemed surplus to requirement at the Magpies in the 2020/2021 season as he was not registered by the club.

He was linked with a move away from Newcastle to Celtic but the deal never materialized.

He was sent on loan to Portuguese side Rio Ave for his first full senior season in European football after spending two years with the Porto U-19 side where he shinned.

It was his breakthrough season as he made 27 appearances 23 of which were starts for Rio Ave and scored six goals that season.

He was immediately handed a call up to the Black Stars back home in 2012 for a game against Lesotho scoring on his debut after coming on and endearing himself to the Ghanaian football fanatics.

Since then he has played many times for Ghana at the AFCON and at the World Cup with mixed performances.

After his loan spell from Rio Ave he was snapped up by Chelsea for 6million pounds as his contract was close to expiring and he was not ready to extend his deal.

At Chelsea he was immediately farmed out on loan to going to Vitesse Arnhem in Holland after which he was sent to Everton, Bournemouth, Malaga and Newcastle United before Chelsea sold him to Newcastle after helping them secure qualification to the Premier League in 2017.