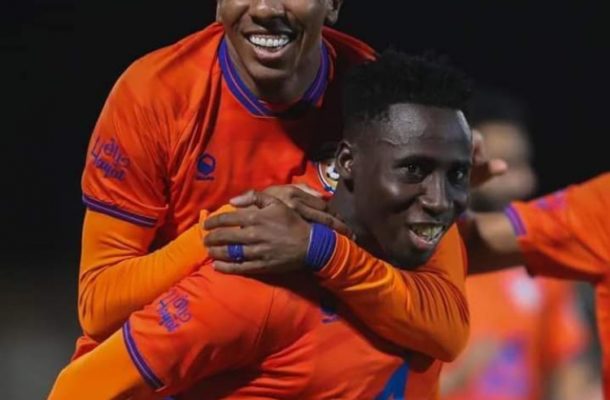 Ghanaian winger Samuel Owusu was on target and assisted as his side Al Fayha white washed Al Khaleej in the Saudi Arabian lower tier league on Tuesday night.

It was a one sided game as Al Fayha assaulted Al Khaleej at the Al Khaleej Stadium pummeling them by 5-0.

In a game that had some many goals none of them arrived in the first half as both teams went into the break with the scores barren.

Al Fayha took the lead three minutes into the second half when Ghanaian winger Samuel Owusu curled home a freekick to make it 1-0 to Al Fayha.

There were two goals from Hamad Al Juhaim while goals from Talal Majrashi, Ebrahiem Alharbi made the rout complete as they strive to earn promotion to the Saudi Pro League.

The 25 year old winger has been in good form since returning from his loan spell at AL Ahli SC.

Owusu has scored six goals while providing seven assists in 13 games for Al Fayha this season.