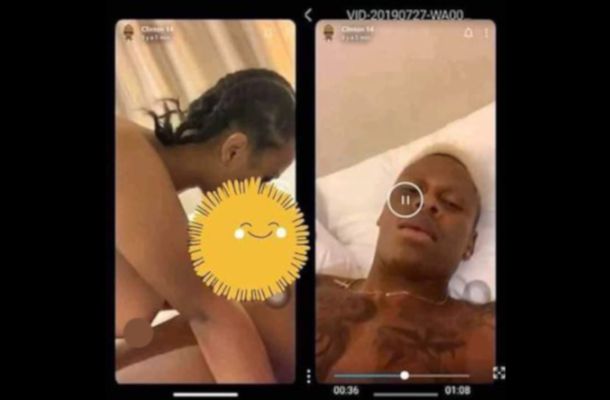 Cameroonian footballer ,Clinton N'jie has been caught in a scandalous act after he live streamed himself and an unidentified female partner having sex.

The 25-year-old Former Tottenham Hotspurs forward was seen in a compromising position with the lady in a video posted via his Snapchat account.

The footballer who recently signed a four-year deal with the Russian club Dynamo Moscow after a disappointing season with Marseille was forced to tender an apology after he described the incident as an accident.

The footage was posted via his Snapchat account before he realised his mistake and quickly deleted it.

Apologizing later,  the former Marseille winger said he mistakenly pressed the wrong button while as he was trying to search for himself on the internet

'I celebrated my new contract and wanted to read the news. I pressed the wrong button.'