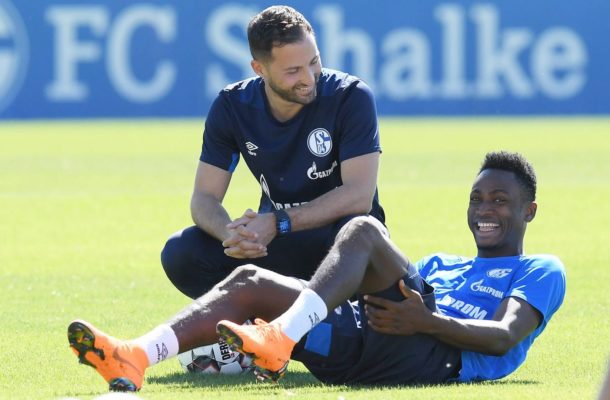 Bundesliga side Schalke 04 have wished their defender Baba Rahman a happy birthday after the turned 22 today.

The Ghanaian international spent majority of last season on the sidelines after he suffered a career-threatening injury at the 2017 Africa Cup of Nations in Gabon last year.

But Rahman has begun preseason training with the German top flight side in anticipation of a good campaign after returning from the long term injury.