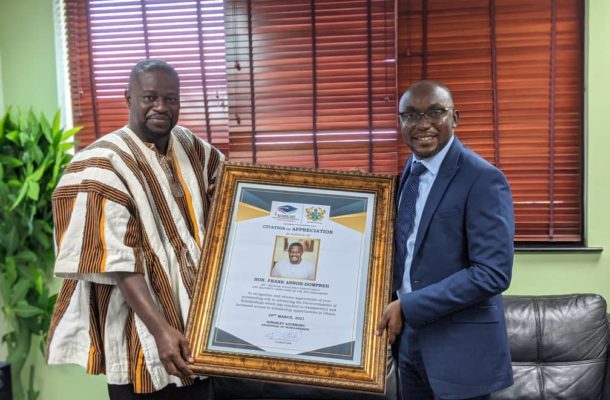 The Majority Chief Whip and Member of Parliament (MP) for Nsawam-Adoagyiri, Hon. Frank Annoh-Dompreh, has been honoured by management of the Ghana Scholarship Secretariat following his efforts in the decentralization of scholarships in the country.

In recognition, Registrar of the Secretariat, Kingsley Agyemang on Thursday, April 15, 2021, paid a visit to Hon. Annoh-Dompreh and presented to him a citation.

"In recognition and sincere appreciation of your outstanding role in advancing the decentralization of Scholarships which has resulted in transparency and increased access to scholaship opportunities in Ghana," the inscription on the Citation acknowledged.

In remarks, Mr. Kingsley Agyemang said the Secretariat was indebted to the MP for his numerous statements on the floor of Parliament and personal interactions with the President, which let to the positive changes in their activities from 2017 till date.

"Through your singular efforts, we can say that majority of Ghanaians numbering about fourty thousand (40,000) who would otherwise not have had the opportunity to have scholarships now have it, and so we thank you and we are very grateful to you for the efforts," he remarked.

On his part, Hon. Annoh-Dompreh expressed his satisfaction towards the recognition and commended President Akufo-Addo for his strong decision to decentralize Scholarships from the national, through to regional and district levels. 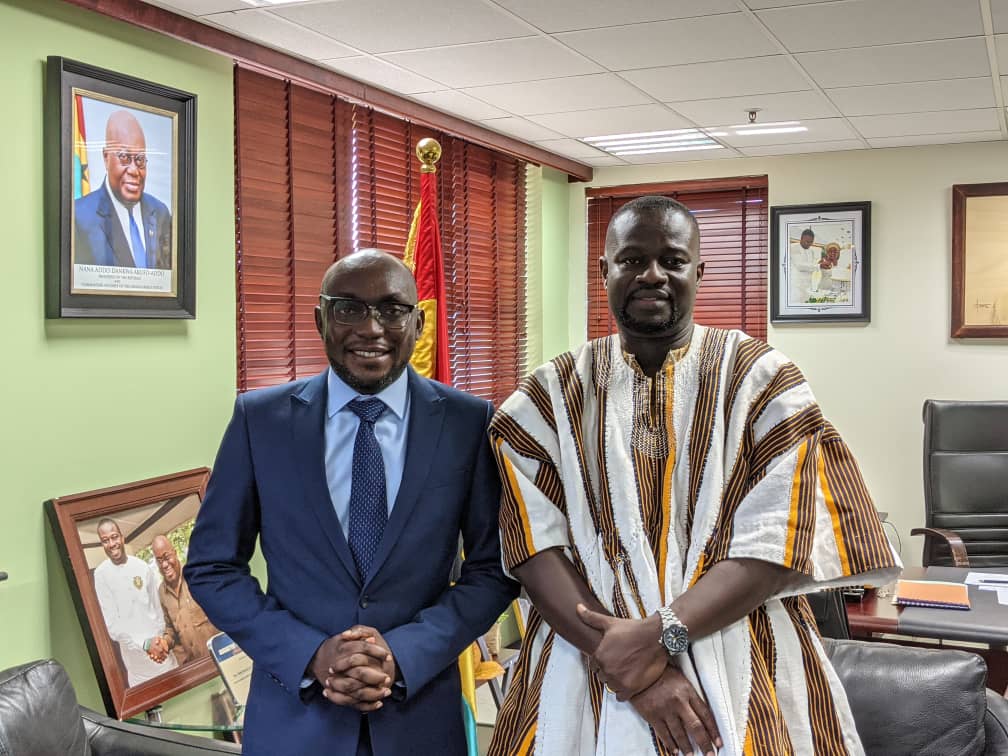 He said this was the first time the activities of the Scholarship Secretariat were made to reach every Ghanaian who needed it.

"I'm elated and we thank the President for his decision to decentralize Scholarships. Since the Secretariat's establisment in 1960, it's only under H.E. Nana kufo-Addo that access was widened to the district level," he said.

"Moving on, we have to do more to strengthen our institutions, and pass laws to ensure independence and more transparency for the scholarship process," he added.