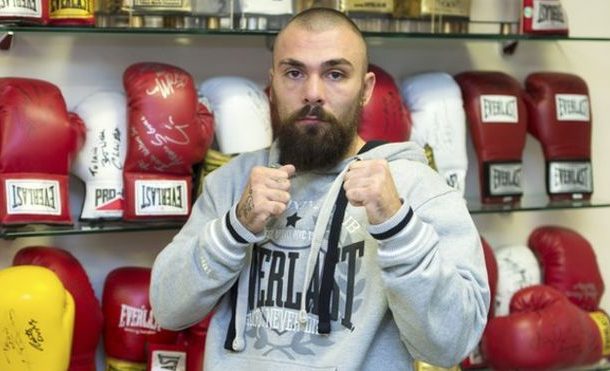 Scottish boxer Mike Towell has died in hospital after being seriously injured in a bout on Thursday, his management has said.
The 25-year-old, from Dundee, suffered a fifth-round loss to Dale Evans in a St Andrews Sporting Club fight at Glasgow's Raddison Blu Hotel.

He was rushed to the city's Queen Elizabeth University Hospital for treatment.

His management said he passed away with his family at his bedside.

"Within the last hour Mike Towell passed away - he will always be in our hearts #RIPIronMike," it said.

Towell was knocked down in the first round of the fight, before recovering to continue the match.

Referee Victor Loughlin stopped the fight in the fifth round shortly after Towell was knocked down a second time.

He received treatment in the ring and was given oxygen before being taken to an ambulance on a stretcher.

The boxer had been undefeated going into Thursday's fight, with 11 previous wins and one draw on his professional record.