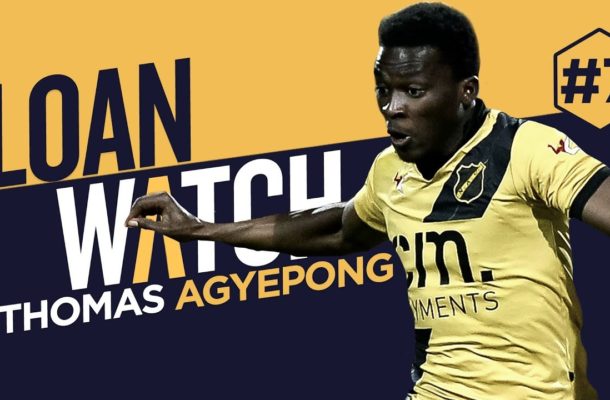 Hibernian FC have confirmed an agreement for the temporary transfer of Thomas Agyepong ahead of the upcoming season.

The Ghanaian winger is set to join the Scottish top-flight side on a season-long loan from Manchester City, according to Hibernian manager Neil Lennon.

The 21 year old attacker has already undergone and passed his medical, Hibs now just need to sort through the remaining paperwork before confirming the switch.

Lennon: "We are just waiting on the paperwork as Thomas has had his medical. He’ll be with us on a year’s loan."

Agyepong has spent the last two seasons on loan at Dutch side NAC Breda having previously played on loan at FC Twente.