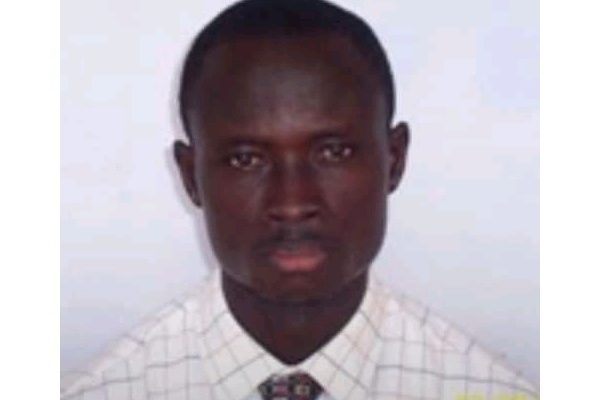 An investigation has started into the fatal shooting of a man in a daylight robbery incident at Bantama in Kumasi.

The victim in his early 40s has been named by police as Mark Amofa, a caretaker of the Seventh Day Adventist Church at Bantama.

He was found at the church’s main gate with gunshot wounds on his right chest and was taken to the Komfo Anokye Teaching Hospital, where he later died, police said.

In a footage obtained by Dailymailgh.com, the victim appeared unconscious while he  laid on the ground close to a wall as bystanders, including students, defy Covid-19 protocols to catch a glimpse of the horrifying scene.

It was later gathered that a four-member gang on motorbikes had trailed the deceased —who had just returned from the bank —to the church’s main gate.

The robbers attacked the victim just before he alighted from a vehicle as they demanded for the cash. He was later shot and killed by one of the robbers, as they made away with a cash amount of ¢4,370, sources say.

Police at the Suame District Command, which is investigating the case will not give any further comments.

Leadership of the Seventh Day Adventist Church has since been informed and are assisting police in their investigations. The body of the deceased has since been deposited at the Komfo Anokye Teaching Hospital for autopsy.

News of Amofa’s death comes days after a pastor’s pregnant wife was also killed by unknown assailants at Santasi.

The attackers also made away with a cedi equivalent of $1,000 stabbing their three-year-old daughter in the process. No arrests has so far been made in the separate incidents.