Senegal, Nigeria back at the Beach Soccer World Cup 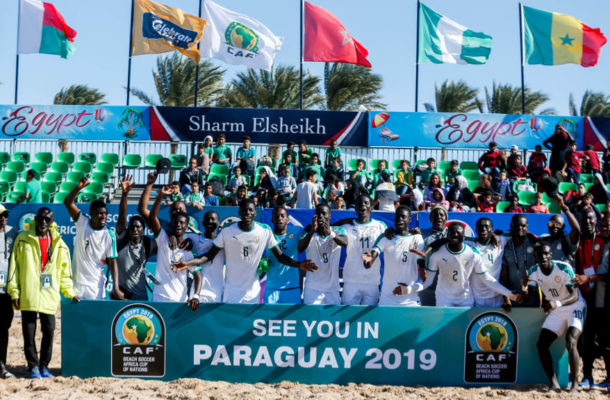 Senegal once again dominated proceedings in Egypt last week, winning the CAF Beach Soccer Africa Cup of Nations and claiming a spot at the FIFA Beach Soccer World Cup Paraguay 2019 in the process. Impressively, they have now emerged victorious from five of the last seven continental tournaments.

For the second Cup of Nations in a row, Senegal defeated Nigeria in the final, but as was the case two years ago, the runners-up also qualified for the Beach Soccer World Cup. In fact, this will be the fourth time that both countries have represented Africa together on the global stage.

The competition was a source of great frustration once more for host nation Egypt, who finished third and remain the only team to have participated in every Cup of Nations who have not qualified for the World Cup.