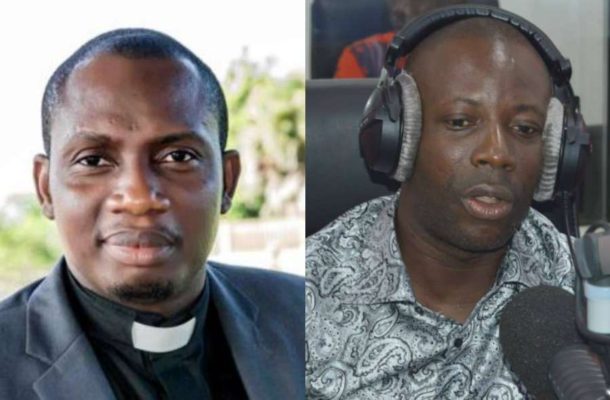 Some few weeks ago a video of Kumchacha went viral, in it he proclaimed that he wanted to deliver Counselor Luterrodt from demonic possessio.

The founder and leader of the Heaven's Gate Ministry, Nicholas Osei popularly known as ‘Kumchacha’ finally got his chance in an encounter with Counselor Luterrodt on Abeiku Santana’s drive show on Okay FM yesterday.

Prophet upon meeting the counselor and after some brief exchanges between the two decided to deliver Counselor Lutterodt of 'demons' inhabiting him which according to him are the cause of the 'bad advice he has been offering on radio' and several other platforms. In what seemed to be a sensational standoff between the two, the angry counselor lost his patience with the 'man of God' while he persisted on exorcising the counselor. Watch the video above.