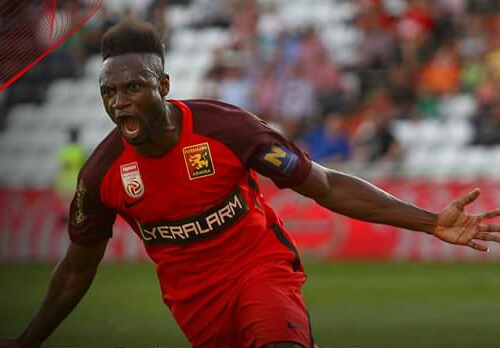 Ghanaian winger Seth Paintsil will leave his current club SV Reid when the season ends as his contract expires.

The forward joined the Austrian side in the summer as a free agent penning a one year contract but will leave when his deal runs out.

He has not been able to nail down a place with the team since the arrival of new gaffer Andreas Heraf with the club deciding against extending his stay beyond this season.

Sporting Director of the club Wolfgang Fiala has confirmed that there will several departures at the club and the Ghanaian is among the players who will be shipped out of the club.

The Ghanaian forward has made 11 appearances for his side this season scoring just a solitary goal and proving two assist.