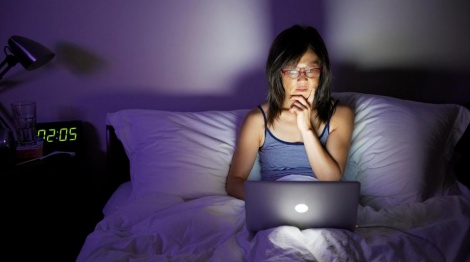 Many of the factors which shape women's sexual thoughts and desires remain undetected by our conscious minds.

For example, can you count the number of times you think about sex? Do you consciously realise who activates your sexual desires? Do you know why you chose your current partner? Below we review some of the sexual secrets women keep...even from themselves.

Women Think About Sex More Often Than They Consciously Realise

How often do you think about sex? Although it is difficult to accurately count your sexual thoughts, they may occur more often than you consciously realise.

Retrospective reports, however, can be influenced by inaccurate memory, sexual stereotypes, and even concern over sexual double standards (Fisher et al., 2012).

In an effort to more accurately assess the frequency of sexual thoughts, researchers first asked women to estimate how often they thought about sex per day.

Women self-reported thinking about sex about 6 times a day on average (Fisher et al., 2012). However, then the researchers asked women to carry golf tally counters with them and to click the counter each time they thought about sex.

Using this method, women recorded more frequent thoughts about sex, clicking the tally counters about 19 times per day on average. The authors interpret this finding to show that women think about sex more often than they consciously realise, however, they could not rule out the possibility that carrying the tally counters actually caused women to think about sex more often than they normally would. This finding, along with other research, indicates that women and men are more sexually similar than most gender stereotypes would suggest (Fisher et al., 2012; Petersen and Hyde, 2010).

Women May Be Subconsciously Sexually Attracted to Both Sexes

Fascinating research shows that women may not be fully aware of what activates their sexual desires. While straight and gay men seem to accurately detect their sexual attraction toward women and men, straight women and lesbians may not.

Researchers presented men and women with three different sexual films, one depicting two women, one featuring a man and a woman, and the last showing two men.

The respondents reported their own feelings of sexual arousal and the researchers objectively measured physiological genital arousal.

While men’s self-reported arousal and physiological arousal matched their sexual orientation, the authors found surprising results for both straight and lesbian women.

Importantly, these authors do not believe that this research suggests that women are inherently bisexual, rather, they believe that women’s sexual attraction is more fluid or flexible than men’s (Chivers et al., 2004).

Furthermore, the stronger women’s sex drive, the more they seem to be attracted to both sexes, regardless of their sexual orientation (Lippa, 2006). Although women may not realize it, their sexual desires may be a “generalised energizer of sexual attractions to both women and men” (Lippa, 2006, p. 51).

You may be familiar with research suggesting that humans are attracted to those who resemble their opposite-sex parents (Fraley and Marks, 2010; Little et al., 2003), however, heterosexual women may be surprised to learn (and may also want to quickly forget) that their partners likely resemble their brothers as well (Saxton et al., 2017).

In recent research, female respondents compared facial photographs of a woman’s male romantic partner to faces of four other men (one of whom was the woman’s brother).

Women’s brothers were ranked as more similar to the women’s romantic partners than the unrelated individuals. Although this finding may seem intuitive (because women’s brothers may resemble their fathers), the reasons behind these results may not be as obvious.

The authors propose that a prospective partner’s facial similarity to a family member might cue an optimal compromise between genes that are too similar and genes that are too different to optimise reproductive success (Saxton et al., 2017). The authors also suggest that during our evolutionary history, although fathers did not always stay with their families, women and their brothers were likely to be raised together.

While this research only involved women’s partners and brothers, the researchers do speculate that heterosexual men are likely attracted to partners who resemble their sisters as well.

It is also important to note that not all women are attracted to partners who resemble their brothers, this research showed a lot of variability in partner-brother resemblance.