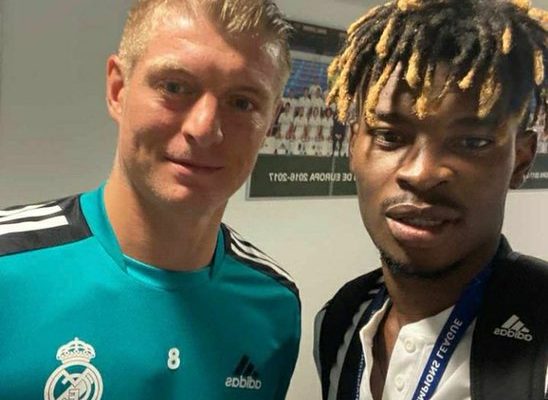 Ghanaian midfielder Edmund Addo has seen his stock rise rapidly in the last 24 hours especially at home in Ghana after his impressive performance for his side FC Sheriff Tiraspol.

The midfielder who idolizes German midfielder Toni Kroos has been spotted in a picture with the Real Madrid midfielder after their shocking win.

He was a key cog as his Moldovan minnows caused a huge upset on Tuesday evening after beating 13 time European Champions Real Madrid 2-1.