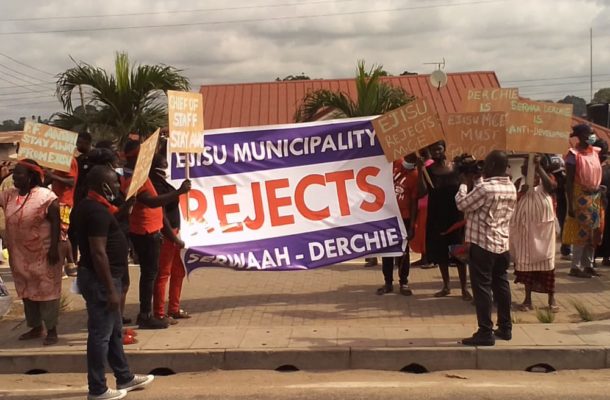 The Chiefs and people of Ejisu in the Ashanti Region are kicking against renomination of Beatrice Serwaa Derkyi as the Municipal Chief Executive (MCE) of the area. 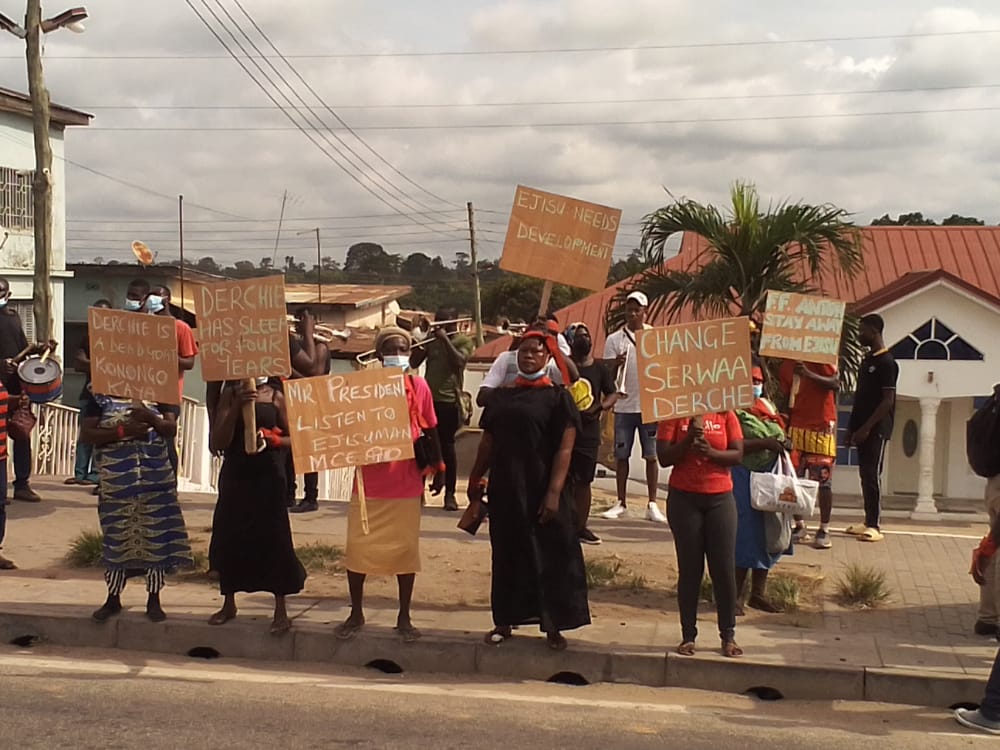 A group calling itself The Concerned Eagle Youth of Ejisu is leading the charge as it accuses the MCE of gross incompetence.

A planned demonstration on Thursday, May 6 was halted following a court order. The group however held a press conference to voice out their concerns.

Convener of the group Dennis Osei said the MCE has failed to address several challenges in the area including issues of sanitation and security. 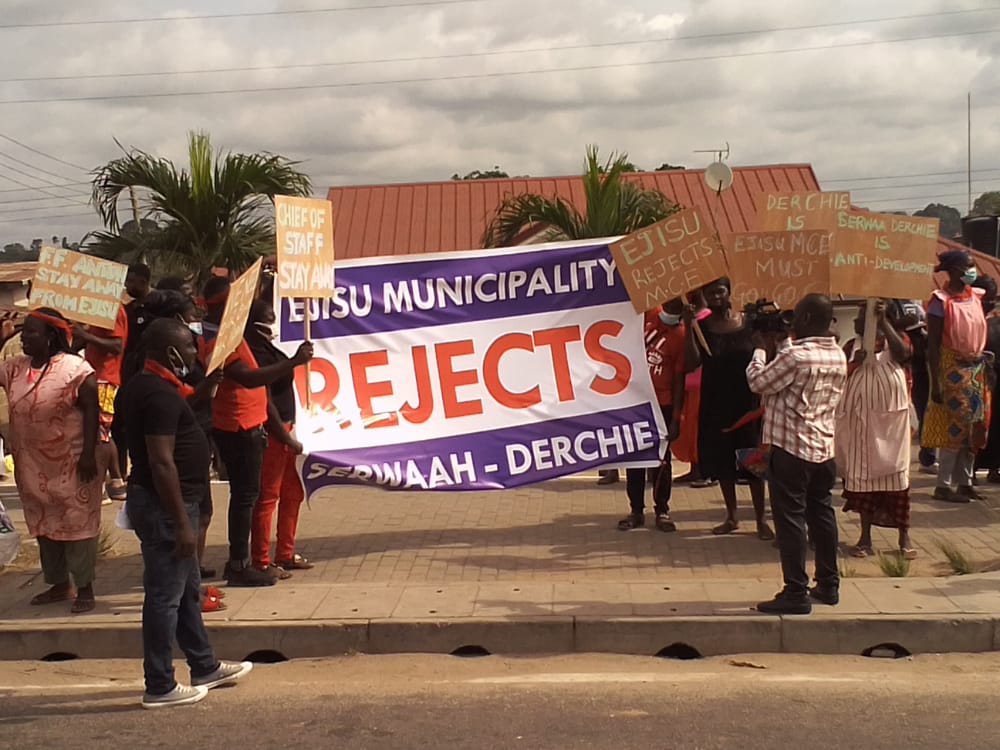 “Since she assumed office issues about sanitation in the Constituency is nothing to write home about… For the past one year now what we have notices is that she doesn’t call for a security meeting following issues of car snatching and murder in the Constituency but when you ask the police they say they don’t have the tools to work”.

The group has however threatened to resist any attempts to renominate her.

It appears the traditional rulers in the Municipality have also launched a similar campaign to get the MCE sacked.

A petition has already been sent to President Akufo-Addo for further action. 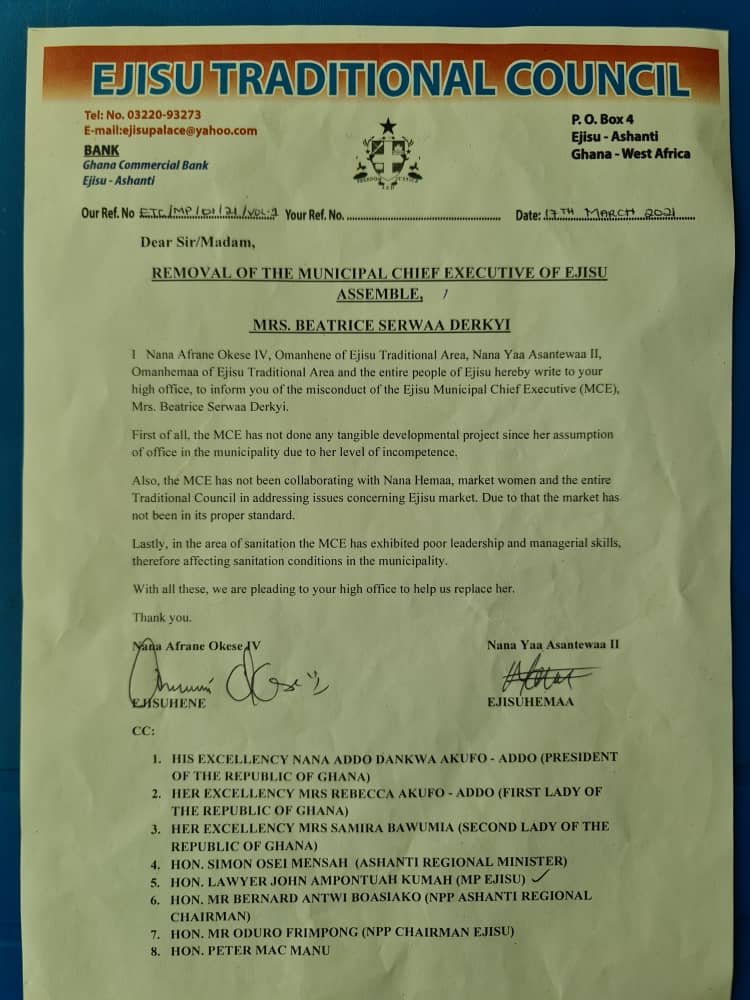