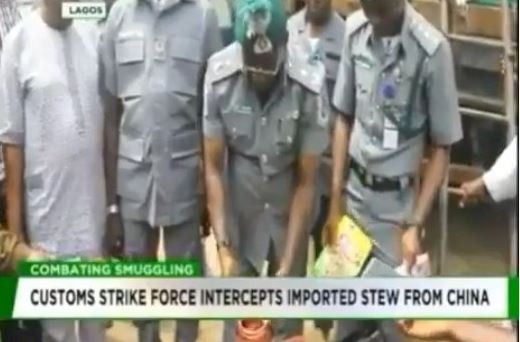 The Nigeria Customs Service has intercepted stew and other edible items in Lagos.

The items worth N27,960,000 were being imported from China before they were intercepted.

The Customs said the container, which was cleared in one of the ports in Lagos, was intercepted by the Comptroller-General of Customs Strike Force team based on intelligence provided by the intelligence unit of the NCS.

It added that some other items that had semblance of mushrooms were already deteriorating in the container and could pose serious danger to human health when consumed.

The NCS had in the past intercepted a 20ft container of Egusi, Jollof Rice, Ogbono and yam porridge imported from India at the Tin-Can Island Port in Lagos. 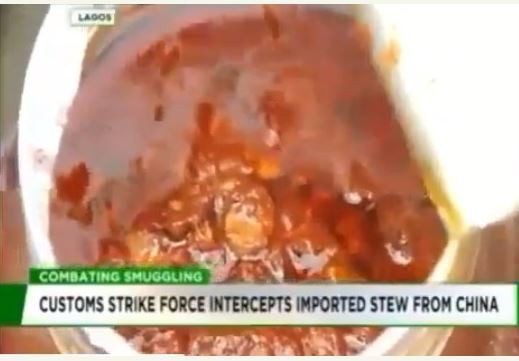 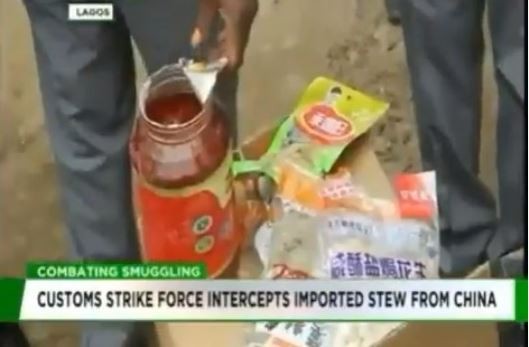