SHOCKER: ‘When we see cancer in pork, we cut it and still sell it to customers’ - Experienced Butcher admits 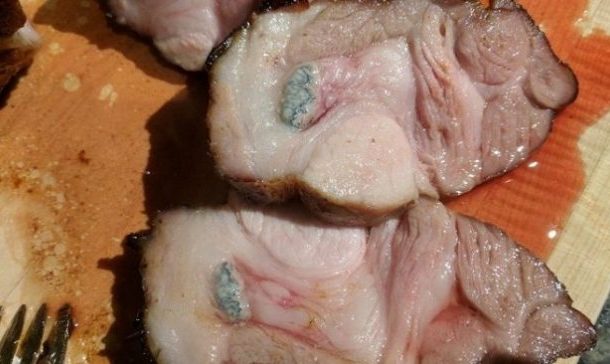 Pork lovers might want to reconsider their love for their favorite meat.

A butcher has shocked the world by saying that when coming across cancer in pork, he and many other butchers just cut it out, and continue to sell to customers.

When you buy meat from a butchers, you expect that you are usually buying the best quality, better than supermarket standard, but this has been shown not to be the case.

Meat cuts are very expensive, and this butcher has been honest about the process that the meat goes through before selling.

I guess it would be mad for a butcher to throw a whole cut away just because there was a problem with one part of it.

There is no legal obligation for butchers to give information about cancers in the meant to the customers.

This revelation will come as a further shock to meat eaters who have seen their diets fall out of favor in recent years with the rise of veganism and vegetarianism. People who abstain from meat usually say that to them they think it just ‘makes sense’, and after hearing this news perhaps a few more people will be joining them in that school of thought.

A recent study in the U.S threw up some pretty worrying statistics about meat sold and packaged in the country. Hot dogs labelled as pork were found to contain traces of horse meat, and both meat and veggie hot dogs were found to have human DNA present.

The only way to guarantee the quality of your food is to harvest it yourself. This is harder with meat, but many people say that since they switched to a meat free diet they have never felt so good.

Meat is expensive and as some people claim, totally unnecessary to a meal. There are so many great meat alternatives out there that you should never really have to worry about eating cancerous pork again.

Here is a horrible video of cancer tumors found inside a piece of hump meat, which is then removed and sold freely as mince beef.