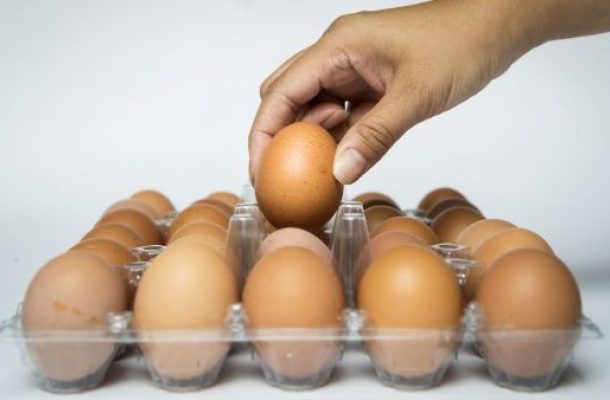 A man who pushed 15 hard boiled eggs up his rectum had to undergo emergency surgery after tearing his intestines.

The 29-year-old man had taken GHB when he made the decision and began to boil the eggs with his partner.

The man from the Netherlands, has not been identified due to privacy reasons.When the eggs were ready he peeled them and inserted them all into his anus, according to Dutch Magazine for Healthcare.

When he began feeling unwell he took himself to hospital, where doctors discovered he had tachycardia (a heartbeat of 120 beats per minute) and tachypnoea (29 rapid breaths per minute).The doctors suspected abdominal sepsis and performed a CT scan, which showed a perforation of the pelvic colon and giant amounts of air and fluids in his abdominal cavity.

The doctor said: ‘This is why we deemed an emergency laparotomy necessary.’

The laparotomy, a surgical procedure involving a large incision through the abdominal wall to gain access into the abdominal cavity, was performed successfully.

The doctor said: ‘The eggs were removed as well as we could and the abdominal cavity was thoroughly rinsed.’ The eggs caused a giant rapture of the gastrointestinal wall, which was sewn up by the doctors.Luckily, the bizarre drug-fuelled adventure ended well for the patient. The doctor said: ‘After the operation, the patient was monitored in intensive care for a short time. ‘After several days he could leave the hospital in a clinically good condition.’ GHB, also known as Gamma hydroxybutyrate, is known to be commonly used as a recreational chemsex drug alongside crystal methamphetamine and mephedrone, but has also been known to be used as a date rape drug.Source: MetroUK