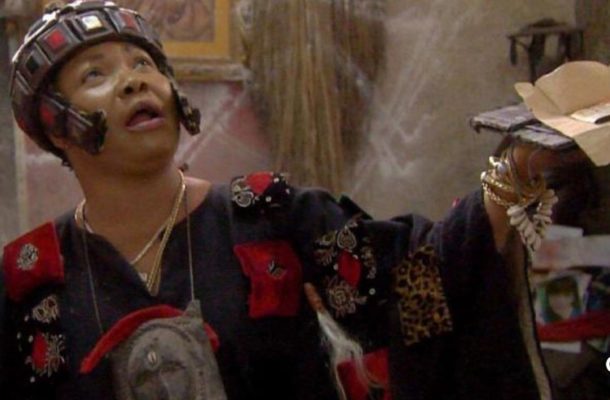 State security has begun a move to shut down all TV stations used in perpetrating fraud in the country, with Nana Agradaa's Thunder TV being the first to start with.

This portal understands Ice TV, also owned by the same character was affected in the shut down exercise.

The move follows a recent murder of a 10-year-old boy in Kasoa by two teenagers. Days after carrying out the bloody action, it was reported in the media that the suspects were motivated by the activities of these charlatans who have dominated the country's television space.

This revelation by the police sparked public outcry with calls for the appropriate quarters to clamp down on the media outlets that boldly advertise the act of spiritualism, money doubling and money rituals.

In what can be termed a positive start, State Security stormed the premises of Thunder TV and Ice 1 TV owned by Nana Agradaa. Equipment at both TV stations were seized for operating without the necessary authorization.

Born Patricia Asiedu is a self-styled Accra-based fetish priestess who has been a reference point on numerous fraudulent activities in the name of spiritualism.

According to a report filed by theghanareport, Nana Agradaa has swindled alot of people under the pretext of doubling their money for them through her ‘Sika Gari’ ritual concept.

Ice 1 TV, on the other hand reportedly continued to operate even after a written directive was sent to them on June 17, 2020 to stop operations after their authorisation expired on February 26, 2020. It was alleged that Nana Agradaa had some law enforcement agencies such as the police on her payroll, hence her unabated impunity on open advertorials in money doubling rituals.