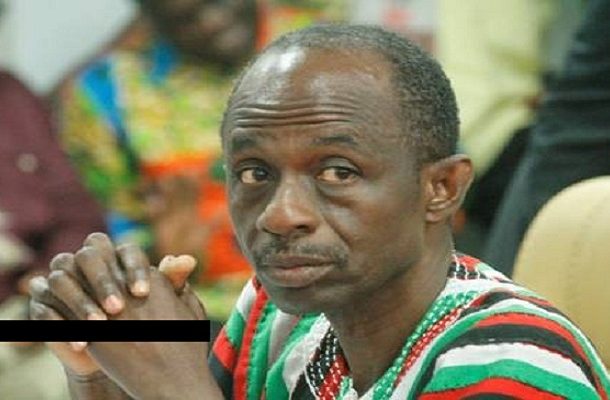 NDC General Secretary and bosom friend of the late Kwadwo Owusu Afriyie has commiserated with the family of the latter.

Johnson Asiedu Nketia disclosed that he was overwhelmed with grief by the passing of the former NPP General Secretary, known to all as Sir John.

Mr. Asiedu Nketia said that although he knew death would eventually come, he didn’t envisage he would lose his close friend in such a manner, let alone, the Coronavirus.

Speaking to Accra-based Okay FM, the NDC guru narrated how Sir John came to live with him while he mourned the loss of his mother and made preparations for her funeral.

“…I was deeply touched when he (Sir John) came to stay with me for 3 days after the death of my mother… he could have stayed in a hotel when everyone else had left but he came to live in my house. We ate the same food and did a lot of things together. The Pentecostal pastor who presided over the funeral, as well as sympathisers who were present, were amazed by his gesture. That General Secretaries of the two rival parties would get along so well…,” Asiedu Nketia noted.

The renowned lawyer-cum-politician died after testing positive for the novel Coronavirus, GhanaWeb gathered.

Sir John reportedly succumbed to complications of the disease while undergoing treatment at the ICU of the Korle Bu Teaching Hospital.

Until his death, Sir John was the CEO of the Forestry Commission.

He was appointed as the CEO of the Forestry Commission in March 2017 by President Nana Addo Dankwa Akufo-Addo.

Communication Director for the President, Eugene Arhin also shared a tribute after the sad news of the passing of Mr Kwadwo Afriyie Owusu was announced.

Many other persons across the political divide have shared tributes in commemoration of the leading New Patriotic Party member.