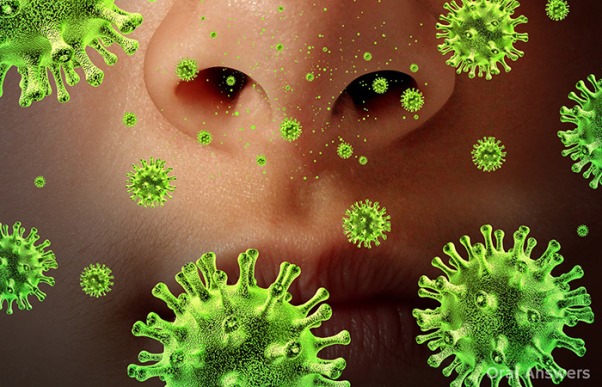 State officials confirmed a total of 18 cases of adenovirus among paediatric patients at the Wanaque Center for Nursing and Rehabilitation on Tuesday.

The state investigation is ongoing. The centre is now closed to new patients.

The children involved have “severely compromised immune systems” rendering them more susceptible to the virus, the health department said.

“The combination of a worse strain of adenovirus together with a fragile population has led to a more severe outbreak,” it added.

The health facility in Haskell is privately owned. The centre did not immediately respond to a request for comment from the BBC.

According to a Department of Health release, state officials began investigating on Sunday and continued on Tuesday.

On Sunday, an inspection team found “minor handwashing deficiencies” at the centre, which also provides short- and long-term adult nursing and rehabilitation services.

It is still unclear how and when exactly the outbreak began.

Local news site NewJersey.com reported that a letter had been sent to parents of patients about an outbreak on 18 Oct, but officials did not confirm any details about the virus until Tuesday.

The state health department is “continuing to work closely with the facility on infection control issues”.

Children in the centre’s paediatric ward are seriously ill – many are disabled, in comas, or cannot walk or speak, the North Jersey Record reported.

The children affected have not been identified.

What is an adenovirus?

Adenoviruses are a type of virus usually spread through close contact (like touching an infected surface or shaking hands), coughing, and sneezing, according to the Centers for Disease Control (CDC).

Different strains of adenoviruses can cause a range of illnesses, including common cold symptoms, bronchitis, pneumonia and diarrhoea.

Serious complications are uncommon, but the CDC notes those with “weakened immune systems, or existing respiratory or cardiac disease” are at a higher risk of severe sickness from adenovirus infections.

Officials say the strain affecting children at the clinic, number seven, is associated with communal living and “can be more severe”.