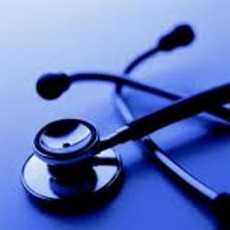 Six medical doctors out of nine posted to serve in the Upper West Region in 2018 turned down the posting, the regional health directorate has said in Wa.

The Region with nearly 2,000 communities scattered across 11 Municipalities and Districts currently has just 58 doctors and out of that a significant number of them have left to pursue advanced studies.

With 829,984 inhabitants as quoted by the 2010 Population and Housing Census, Upper West is currently managing a doctor-population ratio of 1:14,310.

Dr Abdulai Abukari, the Acting Upper West Regional Director of Health Services, who disclosed this during the opening of 2018 half-year health sector performance review in the regional capital, blamed the situation on poor conditions.

He cited the deteriorating nature of health facilities and lack of residential accommodation among several other challenges that continue to make Ghana’s smallest region unattractive to critical staff like medical officers.

He appealed to stakeholders and all sons and daughters of the Region who are medical officers to accept postings to the area to meet health needs of the growing population.

However, Dr Abukari said, the situation regarding other health staff was not the same because of the retention policy that binds newly trained staff to remain there for some period after training.

“As a result, there is an appreciable number of Community Health Nurses, Enrolled Nurses and Midwives”, he said.

In order to address the staffing problem, he said the regional Health Directorate has prioritized sponsorship of medical officers, physician assistants and midwives.

Mr Amidu Chinnia Issahaku, the Deputy Upper West Regional Minister, said the Upper West was one of the regions which produced the highest number of doctors in the country.

He expressed concern that many doctors would be lacking to take care of the health needs of the people.

Mr Issahaku added his voice to the call by the Health Directorate urging medical officers who are natives of Upper West return to their home region to tackle health needs of the area.

He said Regional Coordinating Council together with the Health Directorate was addressing some of the challenges including attempts to secure scholarships for doctors.