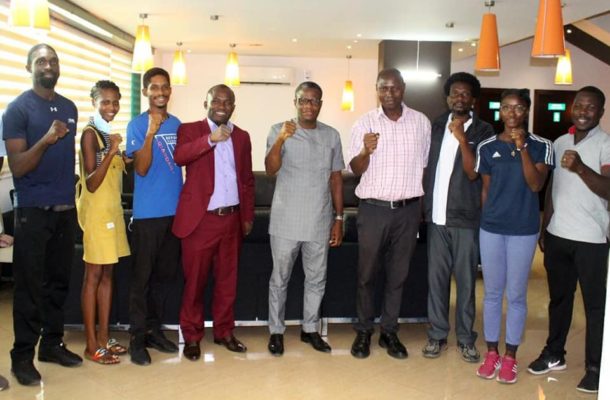 Six (6)Taekwondo athletes on the national team and an official on Wednesday departed from Accra to Dakar, Senegal  to participate in the 2021 African Kyrogui Senior Championships (G4).

The team led by the President of Ghana Taekwondo Federation, Mr Frederick Otu, called at the Director General of NSA to express their appreciation for receiving full financial support from NSA and the Ministry of Youth and Sports.

This covers air tickets, accommodation and per diem. The DG congratulated the athletes for their successful selection into the national team to compete for Ghana, and also encouraged them to win gold medals for the country.

He believed that the team stands the chance to be nucleus of contingent for the 13th African Games to be hosted by Ghana in 2023. He thanked the President of the Federation for his unquenchable passion to develop and promote the sport.

President Otu assured Ghanaians of the team's readiness to win medals for the country.