Social media erupts with the arrest of Nana Agradaa 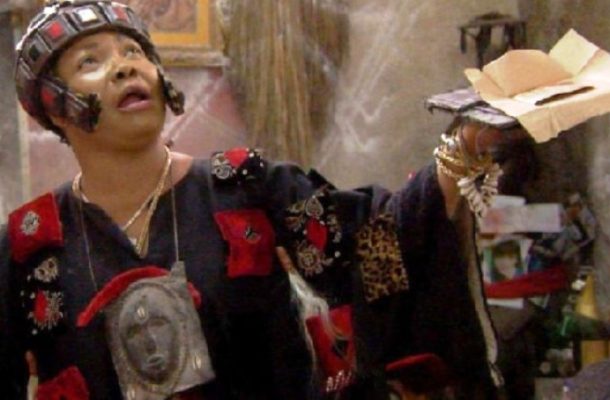 The owner of satellite television channel Thunder TV, Patience Asiedua, popularly known as Nana Agradaa has been arrested after the channel was found to be operating illegally.

This follows a raid by a joint team of Police and National Security Intelligence Operatives, in collaboration with the National Communications Authority on Tuesday, April 202, 2021 at the premises of two satellite television stations; Thunder TV and Ice1 TV for illegally transmitting without licenses, at Kasoa in the Central Region.

Since the news broke various social media platforms have erupted with glee as some Ghanaians who have been duped by the self styled spiritualist recount their experience while others too troll her to escape if she indeed has powers.

The arrest of the popular television fetish priestess was confirmed by the Minister of Communications and Digitisation, Mrs Ursula Owusu-Ekuful in a Facebook post. The self-styled priestess makes claims about her ability to double money on the channel.

The Minister said Nana Agradaa has admitted to "this illegality and is currently in custody assisting with further investigations".