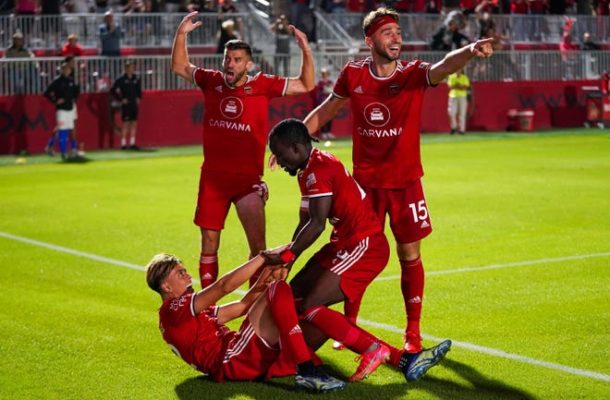 A year ago, Phoenix Rising FC's season ended through no fault of their own, thanks to a COVID-19 outbreak that canceled the USL Championship final. This time around, their season ended on the pitch, over the course of a 120-minute battle that extended all the way into penalty kicks.

Over the past month, Phoenix has failed to find its best form, struggling to just one win since Oct. 9. Still, manager Rick Schantz remained confident this week. Rising, he said, had been “on vacation” for six weeks.

That vacation didn’t end abruptly Saturday night, as Schantz envisioned. Instead, Phoenix — the Western Conference’s best team in the regular season — fell, 3-3 (3-4) after penalties, to the Rio Grande Valley Toros in the first round of the USL playoffs, letting the USL’s ultimate prize elude its grasp yet again.

It took just 17 minutes for the night to take a nightmare turn for Phoenix. Center-back Joey Farrell played a weak ball out of the back that was intercepted by RGV midfielder Christian Sorto. Sorto slipped Kyle Edwards through to seemingly open the scoring before Phoenix was rescued by the offside flag.

Two minutes later, there was no refereeing decision to bail the Rising out for their poor defense. Baboucarr Njie picked the ball up in midfield and carried it through the entire Phoenix team, bounding off tackles before firing low to goalkeeper Andre Rawls’s far post.

For the past four months, two-time reigning USL MVP Solomon Asante has struggled to find his typical prolific form. His last goal of the regular season came all the way back on July 18.

With the season in the balance Saturday night, though, Rising's star winger stepped up, dipping a close-range free kick over RGV’s wall and inside the near post.

After Asante’s opener, Phoenix found its footing, controlling play over the half’s final 20 minute. But thanks to a last-gasp goal-saving tackle from Toros defender Carter Manley on Rising striker Darren Mattocks, the teams entered the break level.

Just nine minutes into the second half, Arturo Rodriguez gave Phoenix the lead. Midfielder Luis Seijas — on for Kevon Lambert, who hurt his hamstring in the first half — won the ball inside the final third and squared Rodriguez. The midfielder made no mistake from 16 yards, tucking his shot inside the far post.

With Phoenix firmly on the front foot, Rodriguez’s goal had all the makings of a game-winner. Not on this night. The drama, ever present throughout the 120 minutes, wasn’t anywhere near done yet.

Instead, Rodrigo Lopez equalized for RGV in the 71st minute, dipping a free kick over Phoenix’s wall and inside the near post. With both sides surging for a winner but unable to create guilt-edge chances, Lopez’s strike was enough to force extra time.

As he’s done so often over the past five years, Asante made the difference for Phoenix in the extra 30 minutes. With the minutes ticking off the first extra time period, Seijas slipped forward Jon Bakero through on goal. Colin Miller closed down Bakero’s angle, but the Spaniard calmly picked out Asante, chipping across the box into his path.

With Toros defenders sprawled out across the penalty area and an empty goal beckoning, Asante made no mistake.

Even as extra time entered its second stanza with Phoenix dominating, RGV had yet another answer. This time, it came in the form of a penalty kick when Rawls brought Vicente Sanchez down inside the area. Elvis Amoh stepped up for the Toros and made no mistake, bringing the match into its fourth tie of the evening at 3-3.

With the match tied after 120 minutes thanks to Amoh’s strike, the sides went to a penalty shootout.

Rodriguez blinked first, seeing his effort saved to Miller’s right. A round later, Aodhan Quinn missed to the opposite side, handing RGV a 3-1 lead. On the next round, though, Rawls saved to his left, keeping Phoenix alive. Still, the Toros just needed to make their last penalty.

With that opportunity, Amoh made no mistake. And, just like that, Phoenix’s season was over