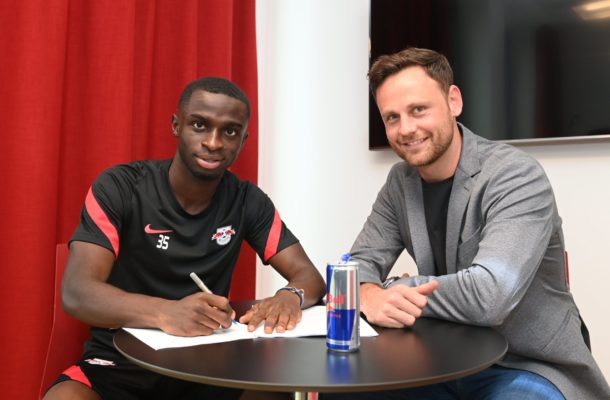 He has signed a three year contract with the German side after impressing in the youth ranks of the team since arriving from Dutch giants Ajax in 2019.

The 18 year old right back was born in the Netherlands to Ghanaian migrant parents, he began his football with the famed Ajax academy before joining the German side.

He has primarily been playing for the club's youth teams having featured for the U-17 and U-19 sides of RB Leipzig.

The versatile Dutch defender is adept at playing anywhere across the backline either as a full back or as a center back.

He was part of RB Leipzig's UEFA Youth League match against Club Brugge where he provided the assist for the only goal of the game.

The defender will be knocking on the door for first team football with the German side not averse to handing opportunities to youngsters.

Owusu Bonnah has played twice for the Dutch U-19 side but is still eligible to play for Ghana at senior level.