South African mayor bans use of luxury cars by officials 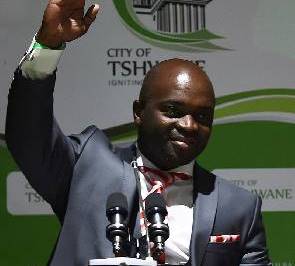 Luxury car manufacturers do not have a friend in the new mayor of South Africa’s capital city.

Solly Msimanga, the recently-elected mayor of Tshwane - which includes the capital Pretoria—has put a ban on government spending on high-end vehicles.

Msimanga, who represents the opposition Democratic Alliance (DA), also said that he would donate 10 BMWs purchased under the previous African National Congress (ANC) administration to the city’s police department to form a new anti-hijack unit.

“I will not allow public money to be spent on luxury cars, while our people struggle for services, houses and jobs,” Msimanga said in a statement Tuesday. “A Hyundai i20 or Toyota Corolla can do the same job for a politician as an expensive sedan.”

Msimanga has also banned the use of blue lights by politicians and government officials in Tshwane, which had been used to avoid sitting in traffic. The measure requires approval, however, from the provincial government of Gauteng—the province in which Tshwane is situated—which is still run by the ANC.

The ANC lost control of Tshwane in August’s local government elections, in which the party recorded its worst result since the end of apartheid in 1994, despite still getting more than 50 percent of the national vote.

The party also lost control of several other urban hubs, including South Africa’s economic hub Johannesburg and the symbolic Nelson Mandela Bay. This was largely to the benefit of the DA, though it now has to bolstered by other opposition parties—including the left-wing Economic Freedom Fighters—in places like Johannesburg, where it leads a minority government.