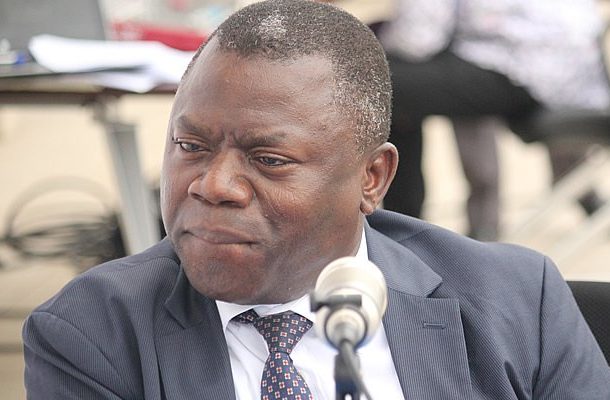 The Kumasi High Court, presided over by Mr Justice Charles Adjei Wilson, has discharged the Managing Director of the Stanbic Bank and the Kumasi Harper Road Adum branch manager of the bank of the contempt charges brought against them by one of the bank’s customers.

Felibat Cold Store Limited, a customer of the bank, filed an ex parte motion against Mr Alhassan Andani and Mr Fred Baah for contempt for breaking into the bank after it had been sealed off by a court bailiff.

That was after the bank had failed to pay GHC30,000, being costs awarded against it by a High Court in December 2015.

However, the judge said after a careful consideration of the surrounding circumstances and the facts, “I have come to the conclusion that this court is not in a position to commit the respondents for contempt of court”.

It, therefore, dismissed the case brought against the two and awarded GHC2,000 costs against Felibat Cold Store Limited.

On February 22, this year, Felibat Cold Store filed an ex parte motion against Mr Andani and Mr Baah for entering the Adum branch of Stanbic Bank after it had been sealed off by a court bailiff for failing to pay costs of GHC30,000 awarded against the bank by a High Court late last year.

The judgment was given after the applicant brought an action against the defendants for refusing to return the title deeds it had used to secure a loan from the bank.

The applicant was indebted to the bank to the tune of GHC450,000 and in November 2010 it negotiated an agreement with the bank to pay in equal instalments of GHC37,000.

The respondent agreed to the repayment plan but proposed that the applicant pay GHC40,000 each month till the debt was liquidated.

In January 2011, Felibat Cold Store’s solicitor wrote to inform the bank of the final payment and demanded the return of the title deeds deposited to secure the loan facility.

However, the respondent refused to release the said deeds, on account that the applicant was still owing an outstanding debt of GHC72,463.

On February 22, 2012, the applicant filed a suit at the Kumasi High Court against the bank seeking an order for the release of the title deeds and general damages for the detention of the said title deeds.

On December 21, 2015 the court, presided over by Mr Justice Edward K. B. Apenkwa, gave a judgment in favour of the applicant, ordered the release of the title deeds to the plaintiff and awarded compensatory damages of GHC30,000 against the bank.

On February 4, 2016, Felibat secured a writ of execution and commenced enforcement of proceedings by a writ of Fieri Facies to recover the judgment sum and the Harper Road branch of the bank was attached by the applicant by locking up the facility with a padlock.

However, the following day, the bank was opened for business, in spite of the attachment, with the court seal removed and the padlock forced open.

It was the case of the applicant that the respondents disobeyed and disregarded the orders of the court and wilfully treated the court with contempt, thereby undermining the effective administration of justice by entering the premises and breaking the padlock.

A FiFa is a writ commanding a sheriff to levy and sell as much of a debtor's property as is necessary to satisfy a creditor's claim against the debtor.

The Kumasi High Court judge also faulted the court bailiff for abusing his powers and not working within the law by attaching the immovable properties of the judgement debtor.

According to Justice Wilson, “in committal proceedings before this court, procedural requirements on execution must be complied with, particularly where an attachment and a FiFa order is sought”.

He said in the present case, there had been no seizure of the respondent’s/ debtor’s movable properties “but rather an immovable property (banking hall). Clearly, the execution process violated the statutory procedure”.