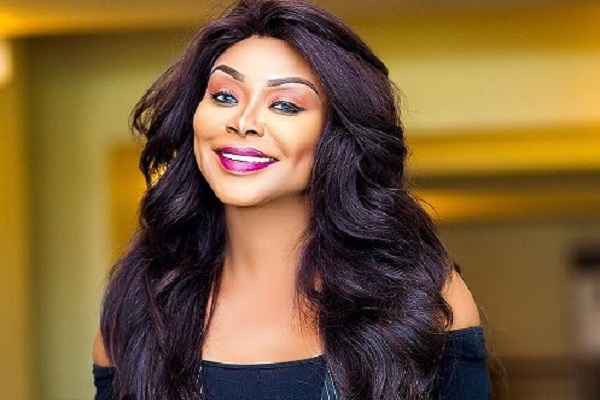 Ghanaian Jazz singer, Stephanie Benson has responded to a request from a fan asking her to drop her video of the popular 'silhouette challenge'.
The fan commented on a video posted by the jazz singer describing how entertaining and interesting she can be.

He then proceeded to remind the actress that he is still waiting to see her own version of the silhouette challenge.

The singer, well known for being interactive on social media swiftly replied the gentleman assuring him of his request.

This was what ensued between them:

Stephanie Benson: "I thought I wasn’t included in that challenge? Ok, let me oil my bones, I’m Coming."

The challenge has seen thousands of participants with several Ghanaian celebrities expressing interest in it.

Recently on Twitter, Sarkodie asked his wife 'Tracy Sarkcess' to release her own version of the challenge.