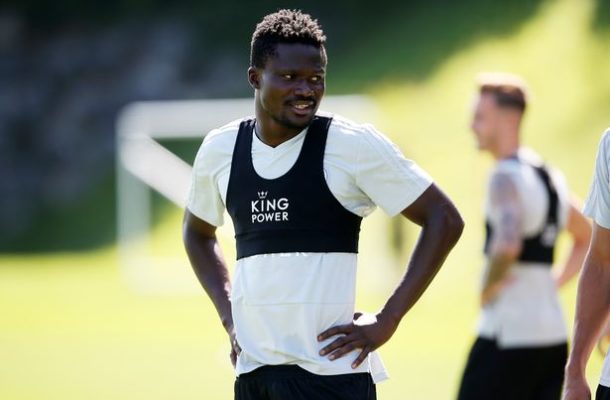 Championship side Stoke City are considering a swoop for Leicester City’s Daniel Amartey, according to reports in England.

Stoke need central defensive cover and competition for Ryan Shawcross and Bruno Martins Indi with Kurt Zouma back at parent club Chelsea and Kevin Wimmer shipped off to Hannover. Ryan Sweeney is expected to head out loan and that is still the probable route for Harry Souttar, who has been impressing in pre-season.

And a holding midfielder remains another unticked box.

So it is no surprise Stoke are being linked with a move for versatile Daniel Amartey, who joined Leicester from Copenhagen for £5m in January 2016.

He arrived as a possible long term replacement for their aging captain Wes Morgan but has since found it difficult to break into the Foxes first team.

Amartey was used mainly as back-up right-back for Danny Simpson last season and he could be open to a move as he seeks to get regular playing time.

West Bromwich Albion and Swansea City, all recently relegated to the lower division, are also keen on the services of the versatile 23-year-old.

Leicester are well-stocked with midfield options and it seems Amartey could be on his way out of the King Power Stadium, with a move to the Championship seemingly a possibility.