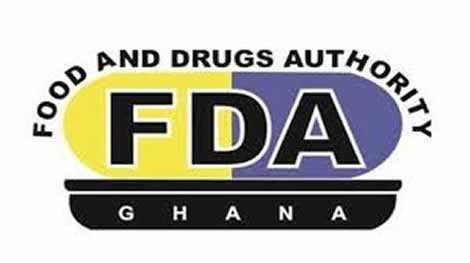 Mr John Odai-Tettey, the Acting Central Regional Director of the Food and Drugs Authority (FDA) has cautioned over-the-counter medicine sellers to desist from either stocking or selling medicines like Tramadol to patients.

He pointed out that sellers who contravened the order would be made to face the full length of the law as the Authority intensified its surveillance and public education campaigns.

Mr Odai-Tettey gave the order on Wednesday at a day's training workshop for over-the-counter medicine sellers across the Region to woo their unflinching support to end the increasing abuse of tramadol across the Region.

The goal among others was to educate them on the need to operate within the confines of the law with a clear understanding of what they could do and what they could not do regarding the class of medicines they could stock and sell for patients.

Mr Odai-Tettey advised that failing to dispense tramadol to patients was important to end the increasing abuse of the strong pain reliever which had become popular among the public, particularly the youth.

Instead, he urged over-the- counter medicine sellers to direct patients to the accredited pharmacies in their areas of jurisdiction.

Mr Odai-Tettey explained that Tramadol was a restricted medication used to treat moderate to moderately severe pain, but had become almost “a street drug” for the treatment of a normal pain like a headache, sometimes with approval from health practitioners.

He cited peer influence, curiosity, lack of parental control, easy access to tramadol, and negligence among others as the leading cause of the abuse or otherwise medically approved pain-relieving drug.

According to him, in addition to the euphoric and mood-enhancing effects sought by tramadol abusers, taking tramadol for non-medical purposes or in a manner different from that prescribed by a Medical Doctor could have negative and sometimes dangerous health implications.

These, he identified to include; disturbed sleep patterns resulting in insomnia, nausea, vomiting, constipation, light-headedness or dizziness, drowsiness, headache, loss of appetite, dry mouth and increased risk of convulsions or seizures.

The Acting Regional Director mentioned drivers, students, youth and manual workers as the leading segment of the population hugely engaged in the abuse of tramadol, a situation he described as "alarming and dangerous" to achieving their future aspirations.

Mr Odai-Tettey reiterated his outfit's commitment to their mandate to regulate manufacturers, importation, exportation, distribution, use and advertisements of food, drugs, cosmetics, medical devices and household to protect the safety of the people.

He called on the public to stop buying non-prescribed medicine from unauthorised and untrained persons and cautioned that the health risk to the user could be severer and stressed the need for all stakeholders to join the fight in its import, distribution, sales and consumption of tramadol to drastically reduce the abuse of the drug that had driven many youth into taking it.