Stop the aged from attending Hajj — Ibrahim Irbard to Government 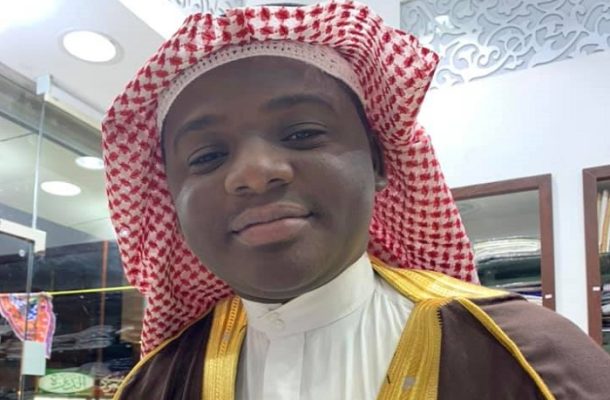 Muslims are currently embarking on Hajj, a mandatory religious duty in the holiest city of Mecca, Saudi Arabia. The occasion is an annual Islamic pilgrimage that must be carried out at least once in their lifetime by all adult Muslims who are physically and financially capable of undertaking the journey.

Ibrahim Irbard of Irbard Security Consult has keenly been following the 2019 Hajj and reporting happenings at the event from  Al-Masjid al-Haram.

He has observed how sad it is to see our old men and women who are frail and week being made to embark on the Hajj journey.

The Hajj rituals require some level of strength, health and efforts.  He has, thus, chided young Ghanaians who sponsor their parents to Mecca to do so when they are strong.

Ghanaguardian.com's underground checks at the previous events also revealed that some old folks heap curses on their sponsors for sending them to Mecca to suffer.

But the security analyst has opined that the Government should stop the aged from going to partake the Hajj pilgrimage since according to him they are mostly unfit to stand the struggles that come with the holy journey.

"I have seen old men and women struggle to walk go through this laborious ritual of Hajj. Don’t let your own old folks go through this", he observed.

Mr. Irbard, however, indicated the old could employ the assistance on the stronger ones to embark on the journey in their favour.

"You can get someone to do it for them", said Irbard.

In his opinion, he said: "Government should look at the possibility of putting an age limit to the performance of Hajj to save senior citizens from struggling in a foreign land’'

Below is full observations: 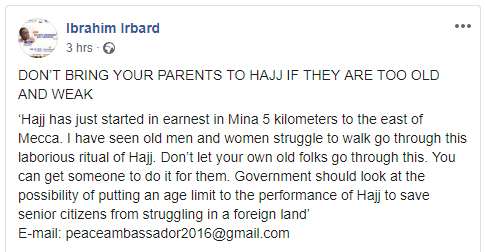