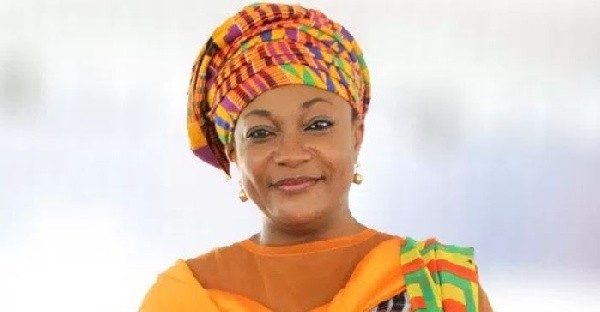 Executive Director of Henry Djaba Memorial Foundation (HDMF), Dr. Otiko Afisah Djaba has said that it is time for Ghana to take drastic, revolutionary and daring actions that would compel men in particular to support women for an accelerated national development.
According to her, women of Ghana are full of talents and great potentials but continue to suffer several setbacks, suppression, intimidation and marginalization even after 64 years of independence. She added: “I was nicknamed Margaret Thatcher just because I spoke my mind and was ready not to allow anyone to intimidate me. But that did not deter me.”

Speaking in an exclusive interview with Onua TV’s Maakye show hosted by Adwoa Konadu-Yiadom as part of the 2021 International Women’s Day celebration, the former Minister for Gender, Children and Social Protection said women had always been very supportive to men at all levels.

She therefore could not comprehend why men wouldn’t want to do the same to enable women to unearth their potential.

“It is the duty of the men to support the women who are over 51% of Ghana’s population to develop so that the nation can progress.

"If the adage that “behind every successful man there is a woman” is anything to go by, then why are the men not willing to stand behind successful women to ensure equality and fairness?  Why is it that most of the successful women in Ghana are either single mothers or divorced? Women too need support. Ghana is not developing because the majority side of our population is neglected”.

Dr. Otiko Djaba who spoke extensively about her social, political and private life to inspire more women to rise and fight for their rights, blamed the sufferings of women in Ghana on some negative customs and tradition that had continually impeded the development of women.

According to her, she discovered at the early age that the customs and traditions of Ghana did not allow for women to be respected; and therefore decided to exhibit boldness, speak her mind and to uphold her goals and beliefs in order to make an impact in life and in society.

“I was brought up to believe that I was a princess…and the best thing that had happened to my mum and dad, so, I refused to allow anyone to demean or intimidate me. As a result of the principles I held, and because I refused to be cheated or disrespected…people started calling me names…but that was their ignorance”.

Dr. Otiko Djaba disclosed that throughout her life struggles, it was her avowed determination to serve her nation and the vulnerable.

She said “I have a huge love for Ghana so being appointed a Minister for Gender was a real privilege to contribute to the development of the nation in any way I could…and I thank God I was able to impact many lives and I am still doing the same even as a private individual now”.

The Executive Director of the Henry Djaba Memorial Foundation took on successive Governments for unnecessarily delaying the passage of the Affirmative Action Bill into law. Her administration made a lot of inputs and committed a lot of resources to get the bill passed but it still did not see the light of day.

Dr. Otiko Djaba emphasized that it is because the majority of the men in decision-making probably did not understand the Affirmative Action policy document and even what women stand for.

“Our men should not see women as threat but primarily as mothers who give birth to every child living on earth”.

On the COVID-19 pandemic, she praised women in Ghana for their roles in ensuring many Ghanaian children did not contract the virus. In Ghana, men are more affected by COVID-19 than women with 52% of men as against 48% women.

She encouraged women to seriously seize the opportunity to actualize the vision behind the theme for the International Women's Day 2021 "Women In Leadership : Achieving an equal future in a Covid-19 world" as countries are recovering from the pandemic.

Dr. Otiko Djaba said “Nothing in my life has ever been easy! I was naïve when entering politics and I felt like kerosene and pepper had been poured on my skin. It wasn’t easy! I was a development worker, and straight away I was brought into politics to contest on the ticket of NPP in Bole-Bamboi against a sitting Member of Parliament, John Dramani Mahama. He was later nominated to be the running mate of NDC and a different candidate was brought in…but it was like the same John Mahama leading the charge.

Fortunately I won the Primaries but lost the general election and my party also lost.

I was later approached to contest as our party’s National Women’s Organiser and that one too was not easy. So I am where I am now by grace. My time in politics was very difficult because I did not have a Godfather and organizing women across the country was very difficult. Politics made me an absentee mother to my four children. But I was determined to serve my country and wouldn’t allow any destiny destroyer to win over me. They are there to fight every good thing that comes your way but I chose to refuse them. People would want to impose their decisions on you and when you refuse them they try to tag you as very disrespectful or arrogant.

At some point I felt like I should quit as a women’s organizer but my father who is late now told me to be strong because winners don’t quit and quitters don’t win”.

She recounted her turbulent moment with the former Northern Regional Chairman of NPP, Bugri Naabu who attacked her needlessly for holding a meeting with NPP women in Tamale.