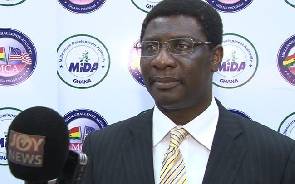 The Millennium Development Authority (MiDA) has described a suit filed against the Power Compact II which seeks to privatize part of the Electricity Company of Ghana as lacking merit.

A member of the opposition New Patriotic Party’s (NPP) communications team, Saaka Salia sued MiDA, arguing that it is not fit to participate as an adviser, in the concession arrangement for the ECG.

Joined to the suit was the PURC, the Attorney General’s office, and Energy Commission.

But reacting to how the suit will affect the implementation of the project, the Chief Executive Officer of MiDA, Ing.

Owura Sarfo admitted that the authority has been served with the suit, but sees it as incompetent. “We have been served a copy of the suit.

I will not go into the merits of the case because the case is in court.

According to him, the allegations set in the suit are false, since MiDA has undergone all the necessary requirements and legal procedures needed to bring the Ghana Power Compact II into force.

Mr. Sarfo further stated that lawyers of MiDA have studied the suit and will react appropriately very soon.

“At the appropriate time as we go through it we will demonstrate that what I have explained to you is so. MiDA is a reputable company, MiDA is a transparent company, MiDA is guided by rules and regulations and therefore what has been laid out is completely false ,” he stressed.

He was also optimistic the suit will have no effect on the implementation of the project.

The Power Compact II Under the Power Compact, six projects will be implemented to address the root causes of the unavailability and unreliability of power in Ghana The Government of Ghana signed the Ghana Power Compact with the Millennium Challenge Corporation (MCC), an independent United States government agency, on the sidelines of the US Africa Leaders’ Summit in Washington on August 5, 2014.