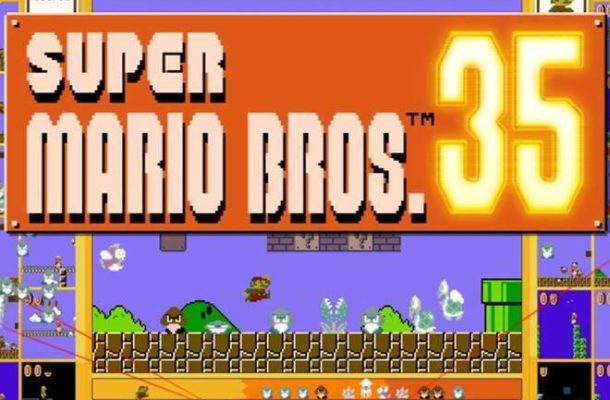 Joining the bandwagon for the royale fighting online games, Nintendo, the maker of the iconic Super Mario Bros. game has transformed the game into a 35-player royal fighting game. The name of the newly-transformed game is Super Mario Bros. 35 and it will be available exclusively to Nintendo Switch Online subscribers starting October 1. Super Mario Bros. is getting battle royale ready to celebrate the franchise’s 35th anniversary.
There is another catch though, in addition to that it will only be available to Nintendo Switch Online subscribers, and that is users will be able to play the Super Mario Bros. 35 until March 31, 2021 only. Nintendo has not divulged any details of the reasoning behind limiting the game’s availability for a limited period.

Super Mario Bros. 35 is looking to deliver a similar version to the Tetris 99, another exclusive online battle royale turn. All 35 players in the Mario version can play simultaneously through a Mario stage until only one player is left standing. Any enemies you kill in your level version will be passed to other players to deal with.
Like Tetris 99, you’re going to be able to see the progress of all 34 of your opponents surrounding your board, and choose to target individual players based on who has the most coins, the lowest coins, who hits you, or by chance. For power-ups, players will also be able to spend their coins on an “item roulette” wheel.
It’s not the first classic Mario battle royale; a fan-made version of the idea called Mario Royale beat Nintendo to the punch by at least one year, enabling 75 players to simultaneously take on a classic Mario level (although Nintendo quickly removed the game). But because Super Mario Bros. 35 is coming directly from Nintendo, it is surely going to rekindle a lot of memories mixed with a dash of modern day twist of course.